‘The Originals’ Sneak Peek- Episode 2.13: The Devil Is Damned 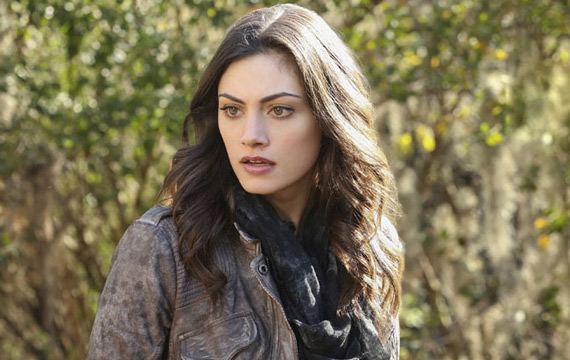 We’ve got an early sneak peek for all you The Originals fans, so prepare to begin theorizing!

Things have been heating up between the Mikaelson clan and it sounds like this could be the episode where things come to a head. Finncent is still on the loose and no one’s close to taking him down and Klaus and Hayley are still doing everything in their power to keep their daughter Hope safe from harm.

Keep reading below to find out what’s in store for the February 9th episode of The Originals.

The Originals Episode 2.13 ‘The Devil Is Damned’ Official Description

More dangerous than ever, Vincent (guest star Yusuf Gatewood) remains one step ahead after joining forces with a powerful figure from his past. As the threat to Hope’s life grows stronger, Klaus (Joseph Morgan) realizes he has no choice but to place his trust in his siblings to ensure she remains protected. Meanwhile, after being presented with an enticing proposition, Kaleb (guest star Daniel Sharman) is forced to make a difficult life or death decision, and Elijah (Daniel Gillies) finds himself in the fight of his life after an unexpected visitor arrives at the safe house. At the bayou, Hayley (Phoebe Tonkin) and Jackson (guest star Nathan Parsons) continue to prepare for the unification ritual, but things quickly go awry when they become pawns in Vincent’s dangerous plan. Charles Michael Davis and Leah Pipes also star. Lance Anderson directed the episode written by Christopher Hollier & Julie Plec (#213). Original airdate 2/9/2015.

The Originals Episode 2.13 ‘The Devil Is Damned’ Photo Gallery

You can catch this episode of The Originals on February 9th at 8pm ET on The CW!