Metal Gear Solid V: Ground Zeroes recently got its release on PC, giving me the opportunity to check it out for the first time. Before beginning my stealthy assault, or sometimes not so stealthy, I had previously heard the stories about how the game is basically just a short demo with one somewhat small Cuban prison camp as its playground.

So, there’s one location only and it’s a small location. Plus, the main mission can be beaten very quickly depending on play style. Of course, those who want to play the game to perfection without killing and tripping any alarms will have a much longer time of it. Still, just the one main mission is disturbing to think about. However, it’s an intriguing mission and a rather well built-up introduction into what’s a much larger story to come.

Keifer Sutherland as the voice of Snake is enough to make any 24 fan happy. Well, maybe, as I suppose some people might have a problem with it. I could definitely hear “Jack Bauer” in some of the intense cut-scenes that went on. However, those action-packed cut-scenes got me really excited for more. The production and intensity of the cut-scenes, which includes an all-out battle atop an oil rig that’s riddled with explosions, simply screams “give me more to play” to the player. But, unfortunately, it’s back to the original Cuban prison camp for more side missions. Right when the story sucks the player in, it’s over and leaves them patiently waiting for more when The Phantom Pain releases later this year.

After the main mission ends, players can go back to improve their scores and rankings. Additionally, there are rewards to unlock and additional side missions that take place on the exact same battleground. Those same missions can be replayed for a better score and ranking. So even though the side missions take place at the same location, at least the time of day changes. That’s also the time when players notice the visuals a little bit more as Metal Gear Solid V: Ground Zeroes can be pretty pleasing on the eyes, especially at dawn/dusk. 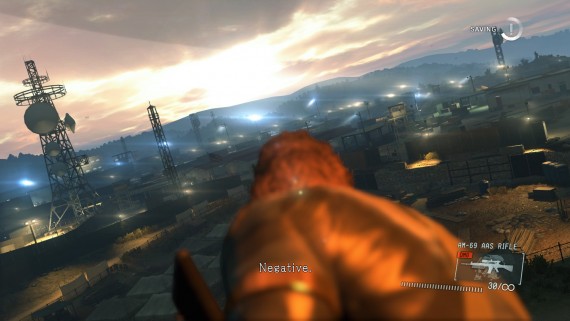 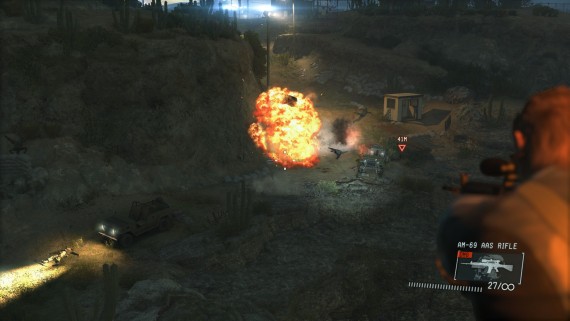 The gameplay is a heck of a lot of fun. And I understand the game is meant to be played with a more stealth-like approach, but I sometimes just can’t help myself by getting involved in massive gun fights. Obviously that’s not the best approach when going for a good ranking, but no matter how the player plays the game, it still handles very well. I like the stealth play and I love the way Snake moves while engaged in a firefight. However, I must admit that I’ve been frustrated a few times when hiding behind cover as I would accidently pop over the wall into the sight of an enemy. Ah well, raise the alarms, it’s time to fight!

Metal Gear Solid V: Ground Zeroes provides users with a fun little playground even though it is rather small. So while I did sneak around, using tranquilizer darts to eliminate enemy threats during my first play, it is much fun to just run around in the open, hiding behind objects, jumping in a vehicle or two, and sitting on a massive gun that can just destroy absolutely everything. I also found out that I could beat one of the side quests in fewer than 3 and a half minutes by calling in the chopper right from the beginning and cutting off the exit route of the two main targets. Check out this gameplay video below.

While $20 seems like a lot for a “short demo”, I’m guessing fans will still appreciate what the game offers which is a glimpse into all the things to come. I had a lot of fun just toying around in the game and completing the side ops missions that came in addition to the one main mission. 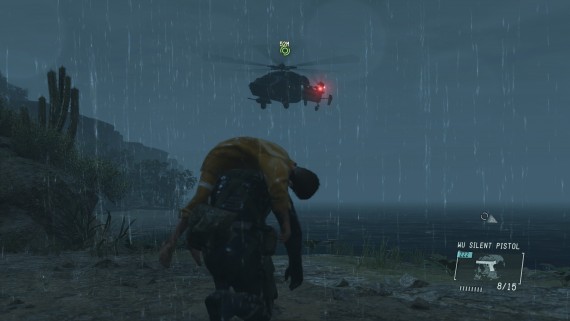