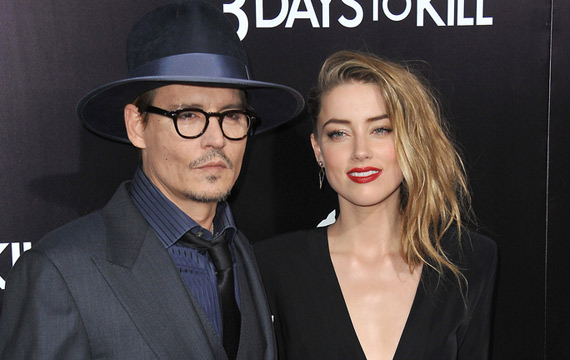 Sorry ladies! Johnny Depp is now a married man, according to new reports.

The movie star and his now-wife actress Amber Heard exchanged vows at their home in Los Angeles on Tuesday, according to People.com.

The newlyweds will stage a wedding party on Depp’s private Little Hall’s Pond Cay island in the Bahamas on Saturday. Must be nice!

Depp, 51, asked the 28-year-old actress to be his wife over the Christmas holidays.

The couple met on the set of 2011’s The Rum Diary and started dating a year later after Depp split from his longtime partner, French actress and singer Vanessa Paradis – the mother of his two kids, Lily-Rose and Jack.

You can catch Johnny in his latest film Mortdecai, in theaters now (although reviews haven’t been too favorable).

We’d love to hear what you think of the pair and their secret nuptials in the comments below!