The National Pebble Beach Pro-Am is coming up, and AT&T is celebrating 30 years of bringing fans closer to the action through their partnership with the event! This year, AT&T has invited four golf fans to the tournament to cover it from their own unique perspective. The fans include: Tim Lang- Military Veteran, Katie Horsford- First Tee Mentor, Dan McLaughlin of The Dan Plan and Tiffany Fitzgerald of Black Girls Golf.

If you can’t make it out to Pebble Beach this year, but still want to live vicariously through those that are there, then you’ll want to follow this Foursome! They’ll be sharing their exclusive fan experiences via their personal social media accounts using the hashtag #ATTPROAM.

So what all will their experiences include? During the week, they have a pretty incredible schedule! They’ll be attending a charitable event for the Veteran’s Transition Center of Monterey County, and they’ll play in the Boys & Girls Club Pro-AM. They will also pay a visit to the Golf Academy to experience new technology such as the Video Swing Analysis with Laird Small, Director of the Pebble Beach Golf Academy (The V-1 Digital Coaching System allows you to view your swing online with complete analysis and instructor comments). They’ll also get to check out the Robotic Swing Trainer with Scot Nei, widely recognized as one of golf’s most innovative instructors (Taking swing instruction and implementation to a whole new level, this revolutionary technology lets a student feel and duplicate the perfect swing). And those events are just the tip of the iceberg! They’ll get to walk the course with a Pebble Beach Historian, watch the 3M Celebrity Challenge from AT&T’s Sky Box, hang out with pro golfer, Jordan Spieth, and (most amazingly of all) tee off on the iconic Pebble Beach course!

Jealous much? I sure am! It sounds like a once in lifetime experience for them! Here are more details on the lucky foursome!

GET TO KNOW THE FOUR FANS 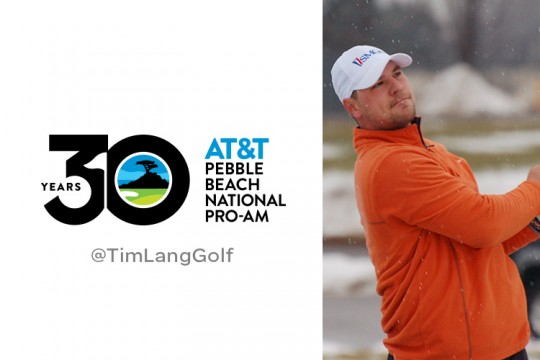 While serving his country as a Marine in Iraq, Tim Lang’s leg was badly injured by an IED explosion. After 48 different operations, he made the difficult decision to have his leg amputated and fell into a profound depression. He had always been a competitive, athletic person and assumed that part of his life was over.

Then, almost by a fluke, Tim discovered golf and was shocked at how he fell in love with the sport. He began training, attacking it with the fierce determination of a warrior. Gradually, his golf game improved, his body began to heal and, most importantly, his depression began to lift.

“Golf pretty much finished what doctors were able to start,” he says. “It made a world of difference mentally, emotionally physically. It became my satisfaction. I was able to feel like a human being again. It gave me the self confidence that I missed for so long.”

Conquering the game of golf, one of the most difficult sports, became a motivating force for Tim to improve every aspect of his life. He has now turned lessons he has learned from his golf training into a career as a guest speaker, motivating other disabled and abled body people to never give up, never quit. Tim is excited to learn about new golf technology at Pebble. 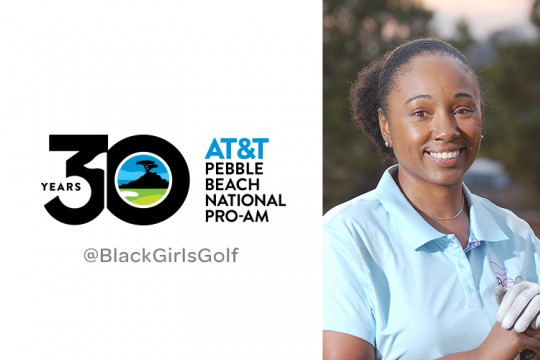 As a black woman working in corporate America, Tiffany Fitzgerald felt like an outsider. She saw co-workers and even interns rising above her professionally based on relationships they made on the golf course with company execs.

Tiffany knew nothing about golf. Growing up in Oakland, she was never exposed to the sport. But that didn’t stop her. She was determined to learn. So she purchased a $100 bag of clubs and hit the course.

After a few months of practice, Tiffany invited some coworkers to play a round of golf and, by the time they were done, she was no longer “the black girl in marketing.” She was “Tiff.” She suddenly found herself on the inside.

What began as an attempt at career advancement became an overwhelming passion and Tiffany wanted to share it with others. She realized that few black women in her area golfed, but for that to change, there needed to be a leader. She recognized the opportunity and took on the leadership role for her peers and future black females in the business world.

Tiffany is excited to share the amazing experience she will have at Pebble with other black women, hoping that she can bring more black women into the sport. 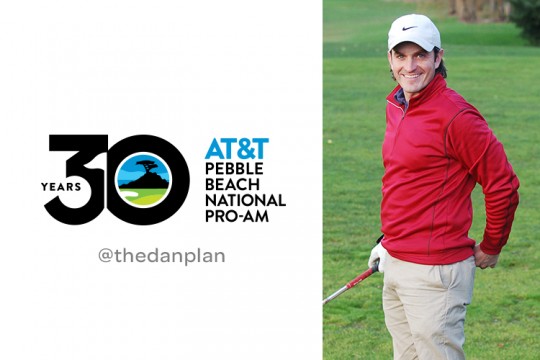 When Dan turned 30, he did what every average person does – quit his job as a commercial photographer and picked up a golf club for the first time, with the simple goal of mastering the notoriously difficult sport. No big deal.

He was inspired by the idea that if you dedicate 10,000 hours of deliberate practice toward something, you can achieve mastery. He created “The Dan Plan” to prove to himself and others that through raw persistence, it’s never too late to start a new pursuit in life.

Since April 5, 2010, Dan has made the mastery of golf his life. Starting with just a putter and working his way up to a full set of clubs, Dan has documented every hour and round played over the past 5 years. Photos, blogs, videos – all featuring an average guy on an extraordinary journey to prove hard work, not talent, is the true factor that leads to success in life. He has become an inspiration for people who have always dreamed about pursuing their passion, but never felt like it was a realistic option.

Dan has now completed over 5,000 hours of training. He still has his eyes on a PGA career but, more importantly, he’s discovery a profound feeling of happiness from just being on the journey.

Dan is excited to see Pebble for the first time, especially during an event like the 30 year celebration. 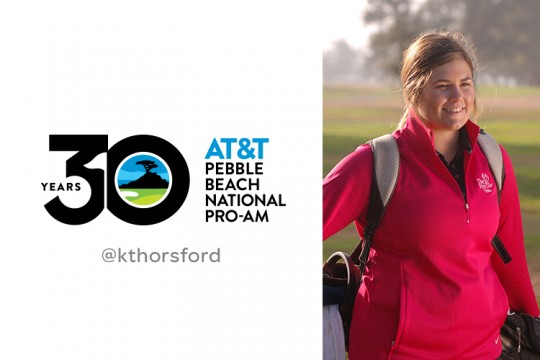 Like many kids, Katie Horsford felt lost and lacked confidence. She was quiet and unassuming. She didn’t quite know where she fit in and felt uncomfortable in her own skin.

When Katie was 12, she began taking golf lessons but, for years, she was so quiet and unassuming that her coach couldn’t even tell if Katie enjoyed the sport. But she did. She loved it. And, secretly, she began dreaming of playing in the PGA.

As Katie’s skills improved, her coach could literally see a transformation. Katie began walking with more confidence and became more outgoing. She made close friends through golf and, as a freshman, she made her high school’s varsity golf team.

Katie became more focused on her training and finally shared her goal of becoming a professional golfer. With the support of her coach and friends, she began winning tournaments and finished second in the Nature Valley First Tee Open at Pebble Beach; proof that her dream was realistic.

Today Katie is a confident 17 year old with a close circle of friends and a strong sense of purpose. In addition, she has become an inspirational figure in her local golf community and a mentor to younger girls in The First Tee program who look up her as a role model. She credits golf for her dramatic transformation, but insists that her story is far from over.

Katie is excited to meet Jordan Spieth at Pebble and to get a sense of what her future golf career could be like.

LIVE VICARIOUSLY THROUGH THE FANS

To keep up to date with the journey and experience all of it with them – follow #ATTPROAM on Twitter and:

Note: This post is in partnership with AT&;T. All opinions are my own.