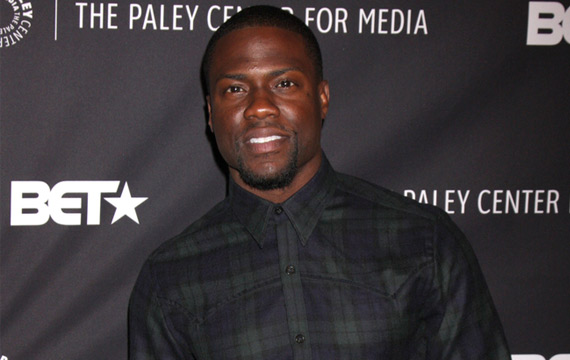 Kevin Hart is set to take aim at Justin Bieber in the name of comedy at the pop star’s upcoming 21st birthday roast.

The Wedding Ringer star will take charge of the Comedy Central Roast of Justin Bieber next month, and Hart cannot wait to poke fun at his pal’s headline-grabbing antics.

A statement released by the funnyman reads: “I don’t normally do roasts, but I had to step out for my guy Biebs… It’s his big 21. It’s about to be ‘operation roast everyone’s a**’.”

Comedy Central chief Kent Alterman adds, “They say only a good friend would verbally eviscerate another good friend for all his vulnerabilities. Kevin Hart is a very good friend.”

Bieber announced the news of his birthday roast in January, when he joked about his bad boy behavior, stating, “For years I have wanted Comedy Central to roast me. They said only if I provided them w/ (with) more material so for a year now I have worked hard.

“Finally after all that hard work for my 21st bday it’s happening… Let’s do it.”

The show, which is expected to include jokes on a range of topics, including Bieber’s legal troubles, run-ins with the police and recent Calvin Klein underwear campaign, will be taped on 14 March and air on 30 March.

The singer actually turns 21 on March 1.