It’s with complete and total sincerity when I say that the Gamecube remake of Resident Evil is one of my my most favorite video games of all time – easily in my top 2. I always preferred the setting of the original over the sequels but everything that came after benefitted from better visuals, and thus a more absorbing atmosphere. The remake fixed that shortcoming and delivered one hell of an amazing Survival Horror experience that still holds up to this day. Minus the lower resolution graphics, of course. 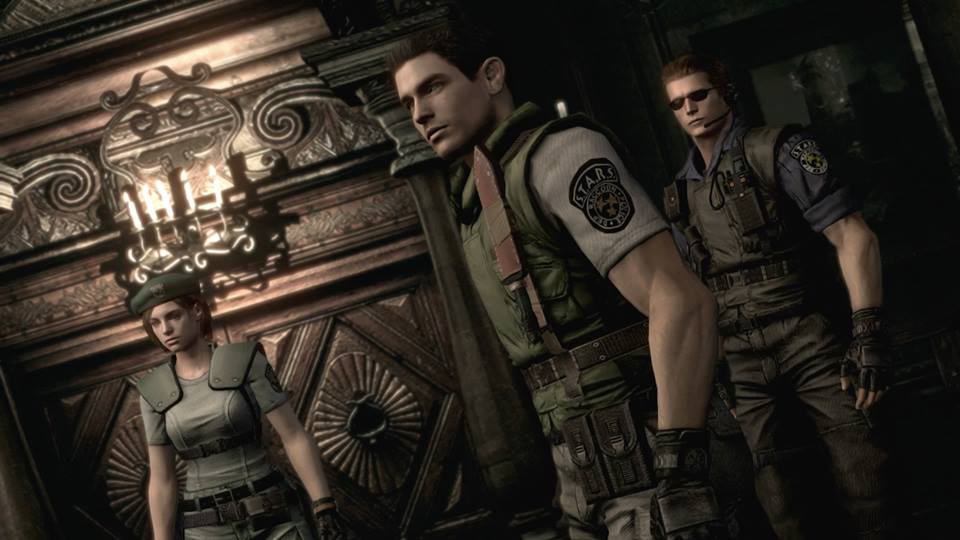 S.T.A.R.S Alpha Team is dispatched to investigate the disappearance of Bravo Team. Then they stumble upon a creepy mansion in the woods with a ridiculously convoluted floor plan and a severe sanitation problem. The rescuers quickly become trapped themselves (or lunch. Some of them become lunch), and must solve the mysteries of the mansion and parts beyond in order to make it out alive.

Resident Evil HD Remaster is the Resident Evil remake for the Gamecube. Not “almost” or “practically” – it is the same game with a handful of additions. I don’t mean to undercut this re-release in any way, but it’s worth knowing in advance that you won’t find any extra bits of story or all new gameplay mechanics.

What it does have are higher resolution graphics, a second control option that swaps out the much maligned (which I think is crazy because they work fine but whatever) tank controls for a more contemporary configuration. Chris and Jill have access to their BSAA costumes from more recent games in the series as well. 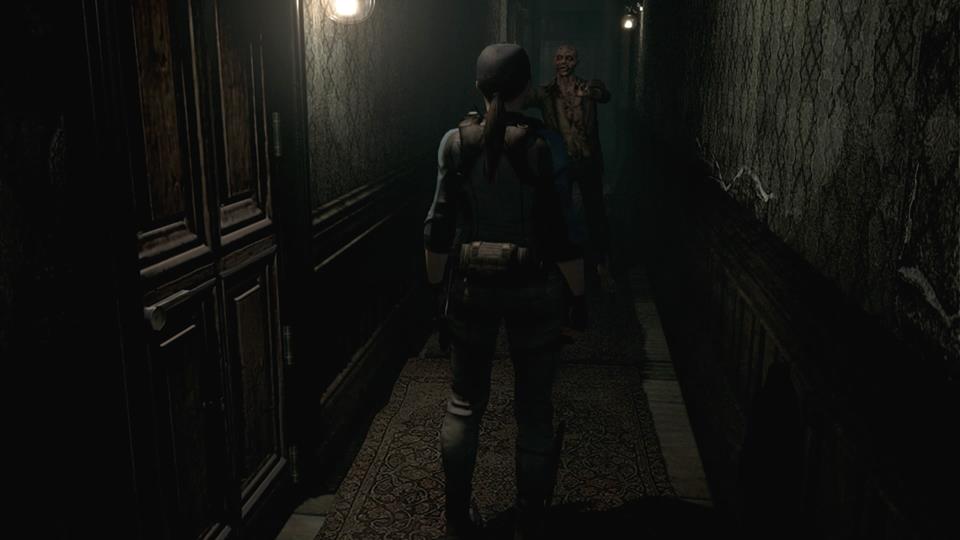 The “HD’ in Resident Evil HD Remaster is the most significant change, really. And it’s definitely a noticeable change – character textures are a bit more detailed and the backgrounds are sharper. Well, some of the backgrounds are sharper. I did notice a few areas (namely in the Aqua Ring, which is one of my favorites so this was a pretty big bummer) where the backgrounds still seemed kind of fuzzy and pixely. The game also does this thing where sometimes the camera will pan slightly to follow your character, which was actually a pretty clever way to solve the issue with the original game’s screen dimensions (i.e. it wasn’t designed for widescreen).

The new control option, on the other hand, is not something I’m a fan of. I never had an issue with the “tank” controls, and using the analog stick actually feels far more clunky. It’s too easy to get turned around when the screens change orientation and end up flitting back and fourth between the same couple of spots – not a good thing to have happen when you’re running for your life. Still, it’s just an option and it’s easily ignored for the far superior classic control method. But if anyone wants something different, it’s there. 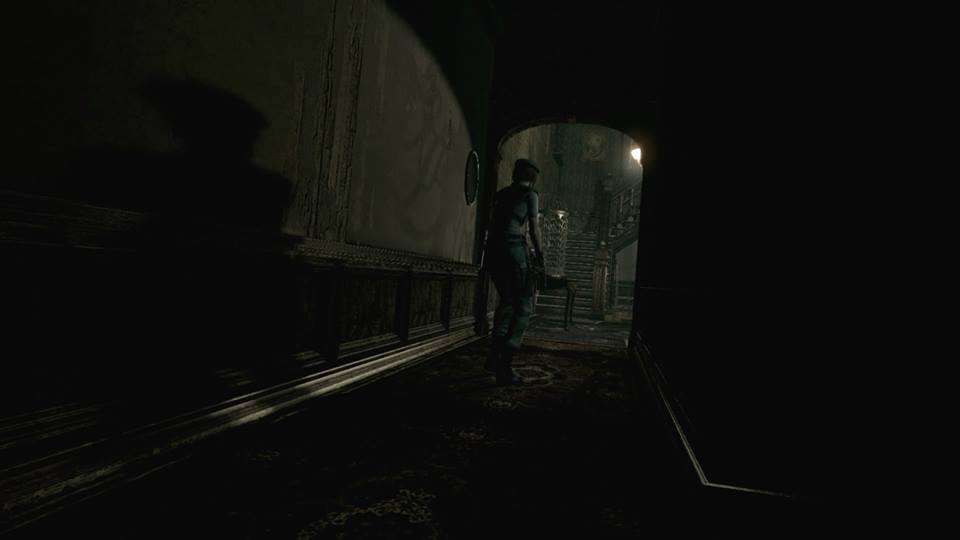 Ultimately though, the real question is “Should I care about Resident Evil HD Remaster if I’ve already played the Gamecube remake?” Yes. Yes you should. You should care because even though this game is almost 13 years old it’s still incredibly good. It holds its own easily, even against newer games in the same series. Especially against newer games in the series. Even without the HD touches this would be a must-have.