Wicked Review: Just as Amazing the Second Time Around 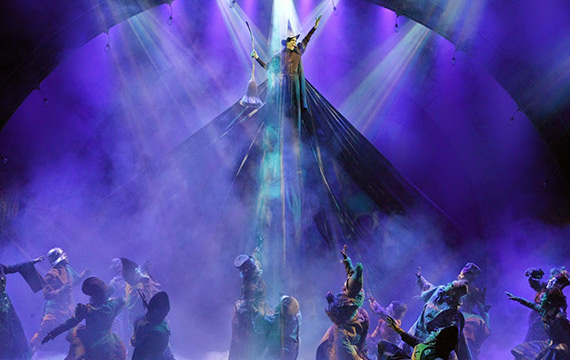 Elphaba and Glinda were around long before Dorothy, and (thankfully for this lover of musicals, yet despiser of The Wizard of Oz) Wicked tells a much different story than the one we all know. You could say it’s the untold story of the witches of Oz, but I’d argue that the success Wicked has seen since its premiere in 2003 makes it anything but untold. This was my second time seeing the musical, and I loved it just as much as the first.

If you’re not familiar with the story, it centers on Elphaba (who later becomes the Wicked Witch of the West). She was born with green skin and spent her life as outcast. When she came to school, she made an unlikely friend – Glinda (who later becomes Glinda the Good). Elphaba isn’t evil – far from it actually. She is extremely kind despite all those that have made fun of her over the years and rejected her attempts at friendship. The popular, ever-so-adorable and Legally Blonde-esque Glinda decides to take Elphaba on as project. She is going to make her popular, and with Glinda’s words of wisdom about flipping her hair and being cute – it’s sure to change Elphaba’s luck.

Elphaba has a little bit of talent up her sleeve though – which ultimately becomes her curse. Not only will you sympathize with her – you’ll be rooting for her over everyone – including Dorothy (or as Elphaba likes to call her – “that wretched little farm girl”).

Alyssa Fox plays Elphaba in this leg of the tour. As she first took the stage, the audience erupted with applause before she had even opened her mouth. They knew what was coming. Fox did an incredible job, however her voice started to crack a bit right before intermission, and when she didn’t rock that last note in ‘Defying Gravity’ – they brought in her standby Emily Koch for the second half. Both ladies did incredible jobs, it’s hard to believe that Koch is a standby, and it’s equally as amazing that Fox was able to deliver the performance she did while she was losing her voice.

Carrie St. Louis did a fabulous job as Glinda as well. While it would be easy to be lost in the shadow behind Fox and Koch’s mad pipes, St. Louis plays her role with as much adorableness as she does vocal power – making her the perfect counterpart. 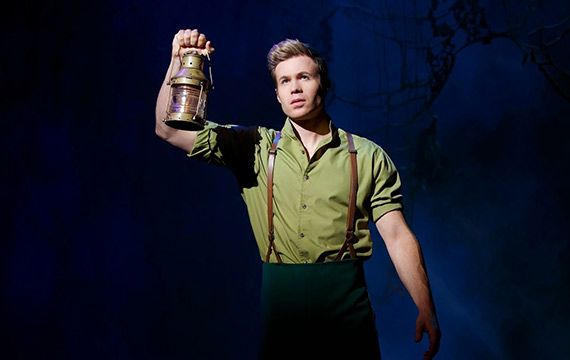 And if you’re thinking that the actor playing Fiyero looks familiar, you’re in the same boat that I was! It’s actually Ashley Parker Angel. Yes, that Ashley Parker – from ABC’s 2000 series Making The Band featuring O-Town. I have to admit, “teenage me” geeked out a bit when I realized all this after the play.

Wicked is one of my Top 5 favorite musicals – which continues to amaze me, because I really can’t stand The Wizard of Oz. Something about that film really creeps me out, yet Wicked completely enchants me. The singing is amazing, the costumes are stunning, and the sets have a subtle steampunk touch crossed with the feel of the Capitol from The Hunger Games. Honestly, I think Wicked is a much better story. So if you’re not a fan of The Wizard of Oz, don’t let that stop you from going to see Wicked – I bet you’ll love it as much as I do!

You can pick up tickets for an Atlanta show from now through March 8! They can be purchased through the FOX Theatre Box Office or online at www.ticketmaster.com!