Zendaya Coleman has condemned Fashion Police co-host Giuliana Rancic for suggesting she reeks of marijuana because she wore her hair in dreadlocks.

The K.C. Undercover actress flaunted the bold hairstyle as she walked the Academy Awards red carpet on Sunday and during an Oscars special episode of Fashion Police, which aired in the on Monday, Rancic analysed Coleman’s look and said, “I feel like she smells of patchouli oil… maybe weed.”

Coleman has since fired back on Instagram, writing, “There is a fine line between what is funny and disrespectful. Someone sad (said) something about my hair at the Oscars that left me in awe. Not because I was relishing in rave outfit reviews, but because I was hit with ignorant slurs and pure disrespect. To say that an 18 year old young woman with locs (dreadlocks) must smell of patchouli oil or ‘weed’ is not only a large stereotype but outrageously offensive.”

Rancic has since apologized, writing on Twitter, “Dear @Zendaya, I’m sorry I offended you and others. I was referring to a bohemian chic look. Had nothing to do with race and never would!!!”

Dear @Zendaya, I'm sorry I offended you and others. I was referring to a bohemian chic look. Had NOTHING to do with race and NEVER would!!!

Check out a full glimpse of Zendaya’s stunning Oscars look below: 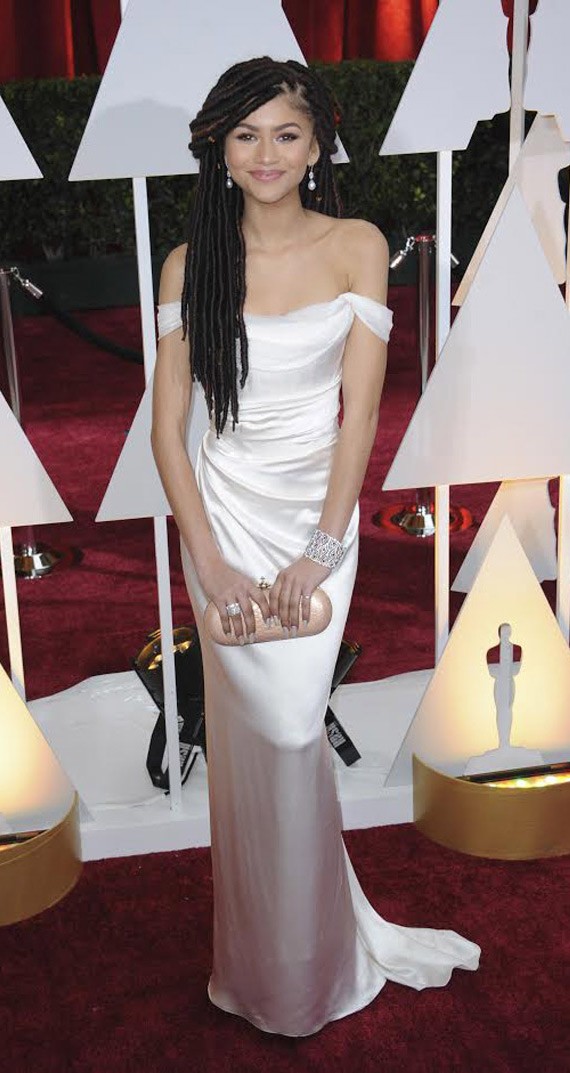