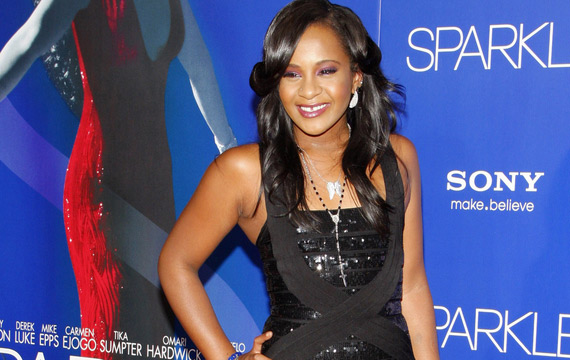 Doctors treating Whitney Houston and Bobby Brown’s daughter Bobbi Kristina have brought the 21-year-old out of the medically-induced coma she was placed in at the beginning of the month.

The aspiring actress was admitted to hospital in Georgia on January 31 after her partner Nick Gordon found her face down and unresponsive in a bathtub at the home they share in Roswell, and she has been fighting for her life ever since.

Now reports suggest she’s no longer in a coma, but remains on life support.

A family source tells People.com, “There will be a sign of hope, and then nothing. Every day, we wonder if this will be the day that we get good news… We’re all hoping and praying that this will give us some answers.

“We’re hoping for a significant change soon, but we know that it may not change anything.”

Bobbi Kristina’s father has scrapped a series of dates in Australia so he can remain by his daughter’s bedside.