Ryse: Son of Rome is absolutely gorgeous on PC. It’s almost stunning how beautiful the game is, and this type of eye candy can easily blind gamers from viewing anything negative about it.

Ryse: Son of Rome lets players take control of the highly skilled, battle-ready Marius as he seeks to uncover the truth behind his family’s death. Marius’ journey lets players roam throughout Rome, battle as a great Roman soldier, fight inside the Colosseum, and view the politics of peculiar leaders as he fights for vengeance. Each aspect, from battle to storyline, really comes across as an intriguing experience throughout the entirety of the game.

I’m trying to decide if Ryse: Son of Rome really is that great with its hack ‘n slash combat gameplay or if I’m just so enthralled by the visuals and presentation that it’s hard to witness anything wrong with the game. Well, coming back to reality, I have been able to see that the combat is slightly on the repetitive side. But what hack ‘n slasher isn’t? 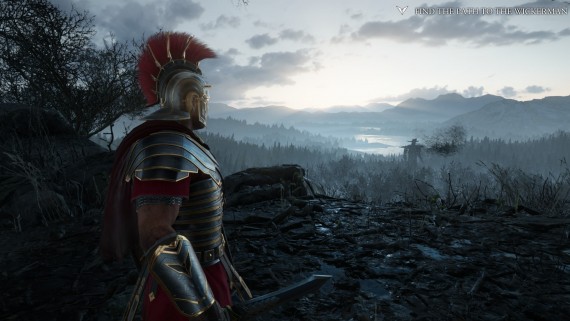 Ryse: Son of Rome features really enjoyable combative gameplay, but it doesn’t just consist of block, push, and hack ‘n slash. Timing is also important when dealing with enemies, and players even have to roll out of the way from a heavy attack. So there is enough going on to set the pacing for battles. There is even a special ability that stuns all nearby enemies and allows Marius to just simply start slashing away at enemies. Additionally, there are finishing moves that differ depending on situations. In fact, there is a finishing move where I slammed a guy’s head on the ledge of the building, but haven’t replicated that move again in the entire campaign. Most of the finishing moves usually involve precise sword work for delivering destructive blows to enemies.

While the combat is certainly engaging and fun, that’s not the part of the game that keeps players progressing forward. It’s quite simply the visuals. They are so stunning that I want to see what the next section features rather than what type of enemy I’ll be going up against. Just check out some of the images below to see what captures my attention most while playing Ryse: Son of Rome. 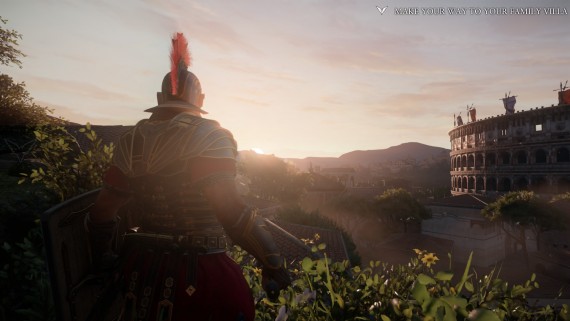 Ryse: Son of Rome is pure entertainment on all levels though. It looks beautiful and the story is intriguing enough, but most of all the presentation as a whole is fantastic. The character animation and voice acting is absolutely superb. I greatly enjoyed each cut-scene and the featured characters throughout.

I also need to mention that there are additional gameplay elements that makes the game enjoyable as well and helps change up the pacing of a level in just the slightest of ways. This includes being able to pick up spears to throw at enemies. The spears are very important when dealing with archers who are firing arrows at players. 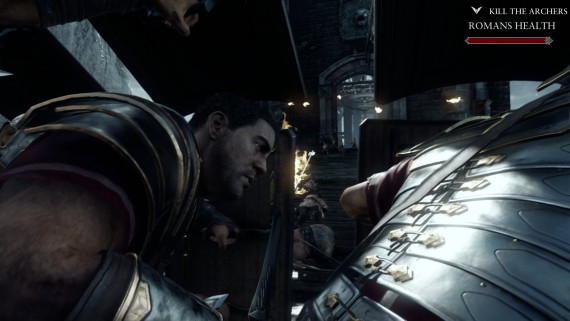 Another entertaining feature is having soldiers group together to approach a large placement of archers. Players control when to approach as a group and when to raise the shields to deflect arrows. Players can also time it just right that soon after the arrows are deflected, their entire army can line up the archers and toss spears back at them. It’s quite fun, especially when experiencing it for the first few times.

The main campaign is just over 5 hours and can fly by incredibly fast. The hack ‘n slash gameplay is repetitive, but the presentation is so very entertaining that it becomes the main drive to push players forward.

Ryse: Son of Rome is brutally beautiful and very entertaining every step of the way.