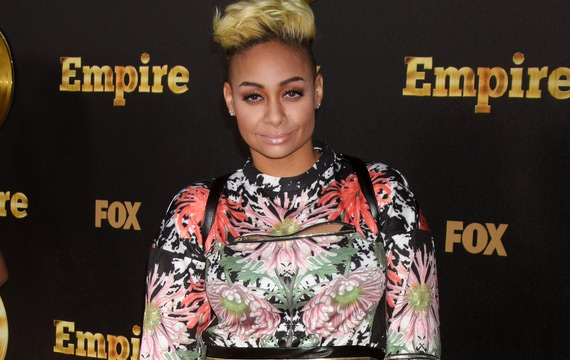 Raven-Symone has come to the defense of fired Univision newsman Rodner Figueroa, who lost his job last week over comments he made suggesting First Lady Michelle Obama resembled a Planet of the Apes cast member.

The star was co-hosting The View on Tuesday when Whoopi Goldberg and Rosie Perez opened a panel discussion about the controversy surrounding Figueroa’s remarks.

Perez said, “A lot of Latin people recognize the fact that we do have African blood in us. A lot of them do not want to recognize that fact, and that’s where this stems from. There is a secret in the Latin community, specifically the Caribbean, South American, Central American, Latin community, that they are very racist. They never want to be in the same group as black people. And it’s sad. It’s very, very sad.”

Raven chimed in, “Was he saying it racist-like? Because he said that he voted for her later and I don’t think he was saying it (like a) racist.”

Perez shot back, “I am the Latin person here on this table and I would like to tell you that it was racist. Period. And the thing is, this is a problem in the Latin community, that we do not talk about that. We do not address (it), and it is real and it was revealed by this man’s statement. And you do not disrespect the First Lady of our country.”

Raven refused to back down, and added, “Michelle, don’t fire me for this right now, but some people look like animals. Is that rude? I look like a bird.”