I knew I was going to have fun with you right form the beginning. The first screen of the intro pretty much cemented it. In other words, you had me at “Super-Earth.” But it’s more than just having fun, really. I think we’ve got something special here. I mean you are made by Arrowhead (the same folks who were behind Magicka), after all.

I’m generally not a huge isometric action game fan. I used to play a fair bit of Diablo 2 back in the day and have messed around with twin-stick shooters on my phone here and there, but it’s not one of my preferred genres. You’re different, though. You’re special. 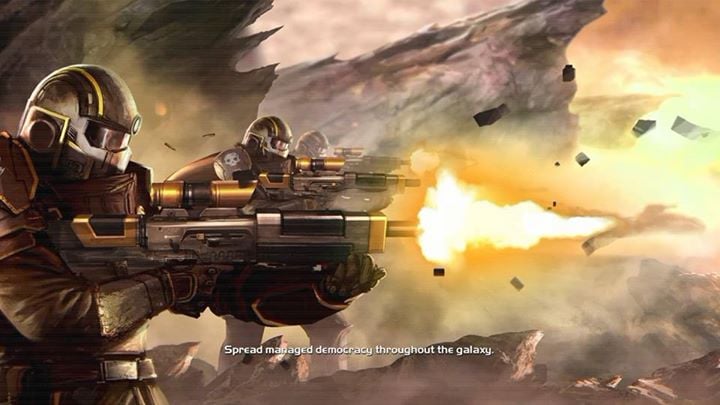 There’s a huge list of reasons as to why you stand out among the crowd, but I think the best place to start is with your cross-platform functionality. Being able to play you on my Vita, PS3, or PS4 is a wonderful option to have – as is the way my data carries over from one version to the next so I never lose my progress. You’ve even figured out how to use the Vita’s rear touchpad in a way that isn’t super-awkward!

Then there’s all the loot. I love loot. But what makes your loot (or in this case, orbital drops) so cool is that I can see what I can earn by completing missions and choose accordingly. Then I can spend research points to upgrade my favorites. Also: hello, mechsuit. You know the quickest way to my heart. 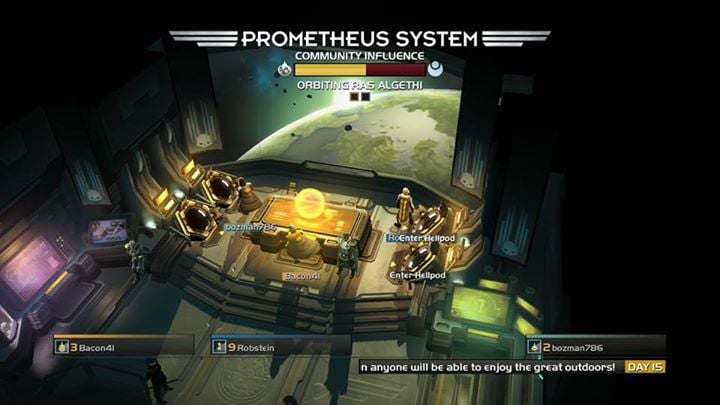 And you’re just so much fun to play! Solo is great in its own right, but the literal drop-in co-op (as in, other players are fired down to the planet’s surface from an orbital cannon) is nothing short of amazing. It’s totally chaotic, and I’ve accidentally killed a teammate and been killed by teammates several times over, but I wouldn’t trade it for the world. The way the different pieces of equipment can support the team or have an advantage over certain enemies is wonderful, and I can’t truly express just how much I adore the end of mission standoffs while waiting for the dropship to come pick us up. 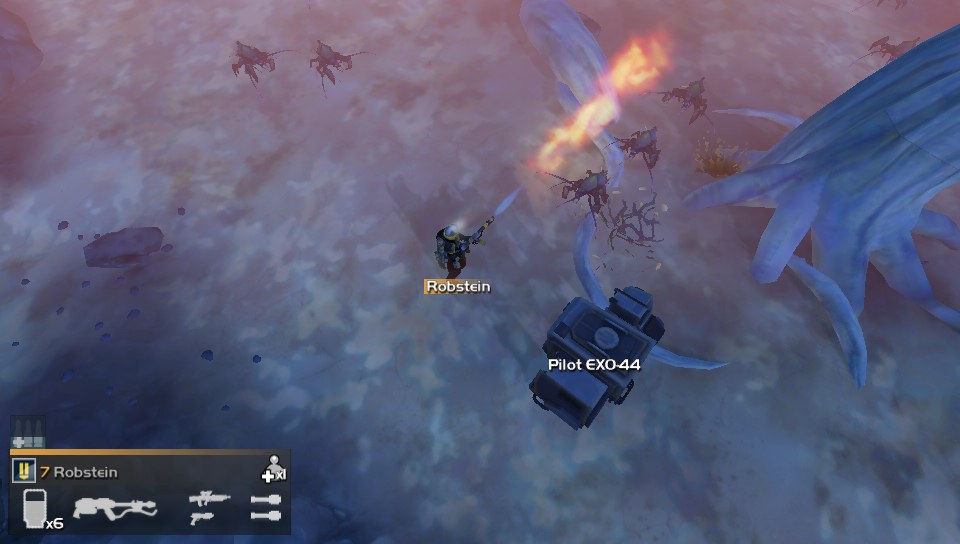 You don’t even punish me for failing. Not much, anyway. I’m cool with earning fewer points and less experience because I died a bunch if it means I can still earn that sweet new turret once the planet is finally conquered.

I guess what I’m trying to say is that you’re the best, most unapologetically fun shooter I’ve played in a long time. I’m so happy that you exist. 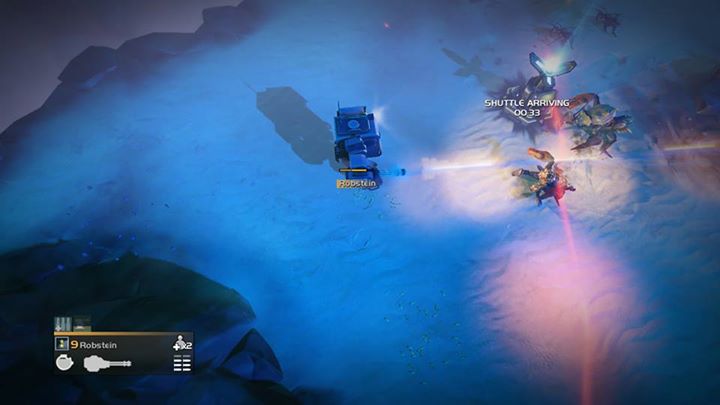 Helldivers, I Love You