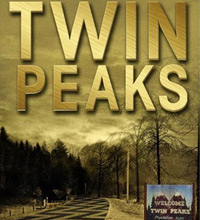 Considered both technically and artistically revolutionary when it debuted, TWIN PEAKS- garnered 18 Emmy nominations over the course of its two-season run with its cast of memorable characters, stunning cinematography and intriguing plot. Co-creators David Lynch and Mark Frost and a large number of the cast and crew made the series a household favorite, and quickly found themselves with a fanbase that was one of the most loyal in the history of fandom.

We had the honor of sitting down with Michael J. Andersen, who played the man from another place on the hit series. We talked with him about what it was like working on the series, what he thought of the script, and about that famous cherry pie.

How would you describe your character on Twin Peaks to someone who hasn’t seen the series?

Well you know, I think it depends on how deeply you want to look at it. It could just be your own interpretation, or I could give a deeper explanation, but then I would wonder if that would be just me being drawn back on my own interpretation of the character.

What was your initial impression of the script and your role?

The final product that we can up with, in my opinion, never resembled the script at all. There were similarities and it contained certain elements, but by reading the script, you could no way predict what David Lynch was going to do.

I almost can’t remember my initial impression, because it was just so different than what happened.

How was working with David Lynch? Did you know him before the series?

No, I didn’t. I had done a documentary about the little man that works on the space shuttle, and I had sent that to him. He sent me back an invitation, and the next thing I knew I’m having lunch with him and Isabel Rossellini at a place called The Blue Lagoon in New York. So, you never know what lies around the corner.

Now the fans of Twin Peaks are still very passionate about the series. What do you think it was that evoked that for them?

On the one hand, I’m tempted to say it was their love of their own selves that evoked that. Twin Peaks, just like real life, is determined by your impression of what it is. So, when they find something that they become passionate about, they’re passionate really about what they have discovered in it. And it’s usually something about them. I think that’s the source of that passion. The love for ourselves.

Was there any point during filming that you thought ‘wow, this is completely bizarre?’

All of us were always trying to gain a piece of David’s vision, so that we could use that in our performance, and he fought tooth and nail to keep that from happening. He would go to extraordinary measures to keep us from getting a piece of that vision.

I remember one time… I thought I had interpreted by role. So I went to him and said “David, I think I got this! Maybe this is why I’m doing this, because this is where I’m supposed to be. See what I mean?”

I can’t even remember what my interpretation was. I just remember how excited I was that I thought that I had figured it out, and he got this scowl on his face and he looked at me and goes, “Oh. Oh no. That’s not it. Not it all. You’re way off.” And I just kind of sat there in silence, and he says,” You don’t still think that’s what that’s about do you?” And I said, “Well, I guess not anymore.” And he replies with,”Alright! We’re ready to shoot! Take your positions!”

He never said,” You’re all wrong, here’s what the right way to think about this is.” He just took great efforts to erase anything that occurred in my brain, and when there was nothing left, we were ready to go again.

Is there a memory that sticks out most in your mind about working on the series?

I can’t say that there is. I remember there was a moment when I was trying to do everything just right and without understanding what’s going on – it’s like a chicken running around with its head cut off. You just have no idea what you’re doing, but you’re trying to be perfect. I remember one time I had brought in an array of outfits, and David was going to select one that was for me to wear one the show. One of the outfits was completely red that I had bought at the Salvation Army, a piece here, a piece there, everything was red. So the whole suit had cost me probably 85 cents. This was among his choices, so he comes, looks at everything for one second, and says,” Well it’s obviously that red suit.” And then he left the room.

Now your character was known for speaking backwards. How did you acquire that skill?

You know, I went to a school where there were a lot of exceptional children. I grew up in a wheelchair and didn’t really start walking until I was 27, so I was in a special school. And a lot of us felt like we had arrived there from a different planet. Turned out to be completely true! So one of our secret codes, or secret languages, this was something that we had learned to do. It was a phonetic reversal that you could reverse in a recording and it would come out completely coherent. Much to my surprise, David gives me the script and tells me, learn this backwards. He had made arrangements to take me into a studio and teach me how to do it, and when he discovered that this was a skill that I already had and could do fairly easily, he not only added more backward lines for me to say, he started adding backward lines for other characters and had me teach them. I became the reverse dialog coach on the set.

Did you ever try the famous cherry pie?

No, a lot of the set, the normal world, I was never on. So there was a lot of the cast that I’ve never met, because they only stayed in the real world. I only met the cast that wondered off into the dream world. So I was never on the set that had the cherry pie. Now I did try some of the cherry pie later on at a Twin Peaks convention, and it was great. But you know, I don’t know where they came up with the idea of cooking fruit. I just don’t think it’s the best thing to do with fruit. [Laughs]

Now speaking of the fan conventions, have you ever had any crazy fan experiences related to the series?

You mean people losing it on a New York subway [Laughs] and completely terrifying me? Or experiences at the conventions?

[Laughs] Either or? Is there a certain experience you had where you were just completely overwhelmed by the reception?

No, I mean there wasn’t one specifically. But I will say this. I’ve been known for other works as well. Now the Twin Peaks fans are not what you would call a cross-section of the population. They are a special set. They tend to be considerably headier than a normal person that would walk up to you. Therefore they are more individualistic. So any experience that I have with Twin Peaks fans is likely to be unique and special and interesting – just because of the nature of these fans. It’s not a normal cross-section by any stretch of the imagination. [Laughs]

You worked at NASA as a computer expert for awhile, correct?

How did you make the transition from a job like that into acting?

Well I made a documentary about the little man who worked on the space shuttle. And it won like a silver medal in the international film and television awards and it also won in the Sony Visions awards. So after this, I had the confidence, and I sent a copy of that to David Lynch. I saw an ad in Variety, David was looking for… I can’t remember the word he used – I think it was physically unconventional people and I said,” Hey I can be construed as physically unconventional.” So I sent him the copy, and then next thing I knew, I was having lunch with him and Isabella Rossellini.

At some point, I was a solid citizen in Colorado, and I just moved to New York. I just started pursuing a show business career. I describe it as making a swan dive off the edge of reality. And it was a miracle there was something out there.

Was that something you had always want to do, or did it just kind of happen like that?

Well you know, in the back of everyone’s mind, they want to be a rockstar. So when my documentary started winning awards, and I started getting calls and letters from people all over the world, I just realized that this was my window of opportunity. I could either dive through it or lower the rockstar flag once and for good, so instead of lowering that flag, I just jumped through the window. [Laughs]

Yes, and that’s what’s awesome about it. Had it not worked, it would less awesome and more insane. [Laughs]

What are you up to now? Do you have any projects that are coming up?

Well I did an episode of Charmed just because you just don’t say no to Alyssa Milano. That’s just how it is. But I’m finally in a position where I’m not a starving artist, so I can tell Hollywood no. They keep coming up to me with the ‘little man jumps out of the box wearing a big hat’, and I just say,” No, I don’t want to jump out of box wearing a big hat.”

I have written a couple treatments for series that I would like to do. I’m thinking about approaching David Lynch on one of them, because it’s strange enough that I think the power of it would be in the particular details. And you know how he likes to abandon the plot [Laughs], and I think this would be a good series for that.

Other than that, I’m living here in Vegas. I purchased an ultralight aircraft, and I’m learning how to fly it. And just holding out for the right project. If they never come up with anything other than the midget pops out of the big hat – with the combination of Twin Peaks and Carnivale I have made a nice enough impression on the culture that I’m willing to just let it lie there. If they never approach me with a good project again then I just say,” You’re good enough.”

[Laughs] Good deal! Now I have to ask, is there any way I can talk you into saying “Thank you for visiting FanBolt” backwards?

[Laughs] Sure! That’s going to take a moment of translation!

Pitt Calls For Stricter Laws To Protect Kids From Paparazzi