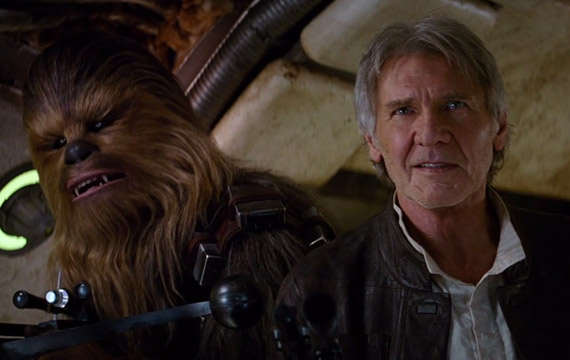 Looks like Kim Kardashian could take some lessons from Star Wars on how properly to break the internet, because that’s what the new teaser for Star Wars: The Force Awakens basically did today.

The teaser was released at this year’s Star Wars Celebration in Anaheim, California, and fans have been going crazy for it ever since. The teaser is the first look at the new film we’ve received since the last teaser debuted in late 2014.

Take a look at the teaser below and see what (and who) you can spot:

The film stars Oscar Isaac as Poe Dameron, Daisy Ridley as Rey, and John Boyega as Finn. It also (of course) brings back the classic characters the story began with: Carrie Fisher as Leia Skywalker, Mark Hamill as Luke Skywalker, Harrison Ford as Han Solo and even old pals Chewbacca, C-3P0 and R2-D2.

Let us know what you think of the new trailer below!

'The Originals' Sneak Peek-Episode 2.19: When the Levee Breaks