The Age of Adaline has had me captivated for months now. Last year, Lionsgate first sent over a little New Years Eve kit, which FanBolt had a ball with as we rang in the new year. Since then, with the promotions coming more and more frequently, Adaline had become the first movie of 2015 that I was truly geeking out over, and I’m happy to report that it didn’t let me down. 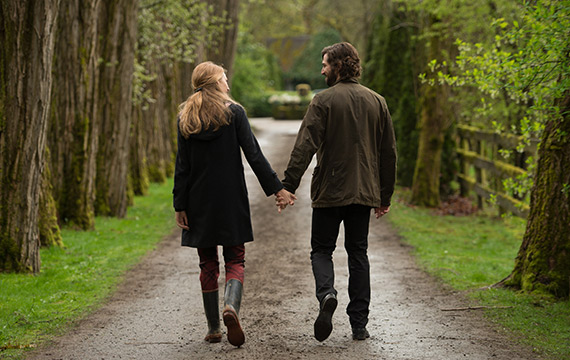 If you’re like me, you want a scientific explanation for anything outside the normal realm of possibility that happens in a film (*coughs* Interstellar *coughs*). You don’t have to go overboard convincing me, just give me a reason why it’s possible – Adaline explains that what happened nearly eight decades ago to Adaline Bowman’s (Blake Lively) cells (they get frozen and immune to aging) won’t be discovered until 2035.

How do Adaline’s cells become immune to aging? She was in accident when she was 29, and jolted with 750 volts – courtesy of mother nature. Since that event, she’s remained, in appearance, 29 years old. Adaline keeps her distance from anyone that might learn her secret, only staying in touch with her daughter who has now surpassed her in age. However, a chance encounter with a rather charming and persistent philanthropist, Ellis Jones (Michiel Huisman), ends up slowly changing Adaline. After a courtship that is rather adorable for audiences to watch, Adaline finds herself on a roadtrip with Ellis to his parents’ house for their 40th wedding anniversary. The kicker? Ellis’ father (played by Harrison Ford) is a former lover of Adaline’s from the ’60s, and he’s a little thrownoff by her appearance being so similar to the girl that he almost proposed to decades prior. 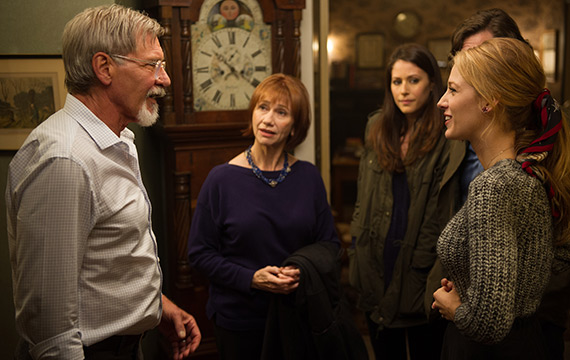 I have to say I rather adored the film and the character of Adaline herself. It’s hard not to fall for her – she’s beautiful, she has a great sense of style and she’s incredibly witty – I mean one would assume living for over a century you know a thing or two. Blake Lively delivers a mature yet delicate performance as Adaline. Having to portray a character with such a complex backstory presents a number of challenges, all of which Lively handles with charm. Her co-star, Game of Thrones‘s Michiel Huisman, isn’t too shabby either. His character is a bit too perfect though to be realistic. It’s almost as if they polled a thousand women about what the perfect man would be like – and the result was this character. I’m not complaining though, for 109 minutes I rather enjoyed the courtship between two.

I also have to note that actor they had play a younger Harrison Ford, Anthony Ingruber, was amazingly cast. He had Ford’s facial expressions and voice down perfectly. It was almost eery to watch.

My only real complaint about the film was the narration, it felt disconnected from the tone of the film. I understand why they needed it, but why not have Lively do it? It would have fit the style of the film so much better.

Ah… The style. The fashion was everything a girl who loves vintage clothes could ask for. After the film was over, I found myself wishing that there was a clothing label being launched as a part of promotions for the movie. I would have bought every piece that was available, and I’m sure I’m not alone. I bet that “The Age of Adaline fashion” is googled a hefty amount this weekend (I have an article on it coming out tomorrow!). Lively’s wardrobe is really the perfect blend of contemporary, vintage, young and mature all the same time. The costumes alone are reason enough why any girl should see the film. 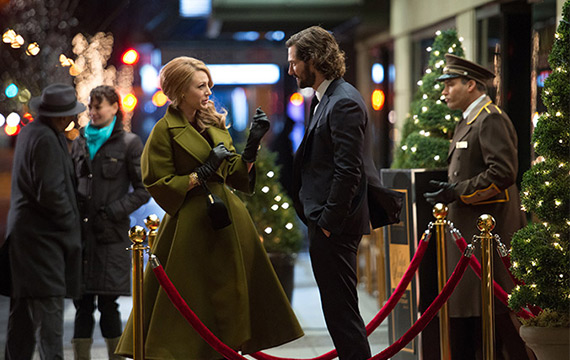 Overall, it’s a beautiful love story. It’s not a film that guys will likely enjoy, but it is a film that girls will love. The cute guy, the century of fashion, the love, and the drama – it’s like a vintage Gossip Girl love story minus Blair Waldorf. Not that Blair wasn’t awesome (and her relationship with Chuck was the main reason I watched Gossip Girl), but The Age of Adaline was everything I hoped it would be.

'The Age of Adaline' Review: An Ageless Romance