Home » Movies » Movie News » ‘The Age of Adaline’ Fashion: A Century of Style

The Age of Adaline hit theaters yesterday, and if you’re anything like me – you fell completely in love with not only the movie, but also the vintage fashion. From the beautiful formal gowns to the everyday outfits that Adaline (played by Blake Lively) wears, they were all carefully selected and designed by costume designer and Academy Award®-winner Angus Strathie.

Adaline‘s director, Lee Toland Krieger, considered Strathie’s job among the toughest on the film. “He created 50-some looks for Blake,” Krieger commented. “We weren’t a small indie but for our budget there was a lot to do. Beyond the principle cast, he had to make sure we had authentic wardrobe for every background performer in the film. He was tireless in getting every details of ever era correct – even on the days we had fifty or sixty extras in period wardrobe.” 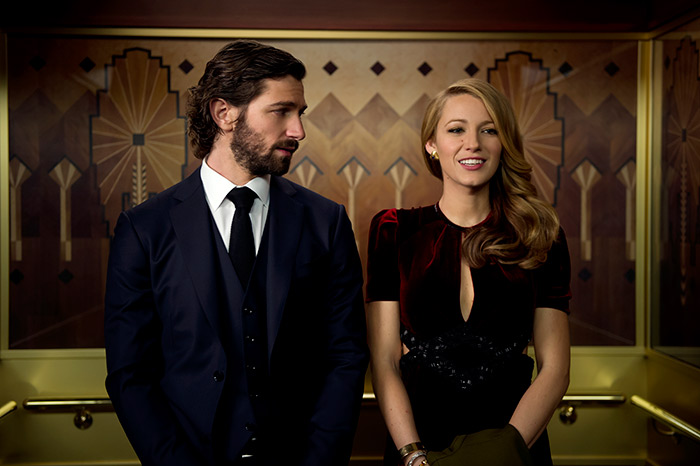 The Age of Adaline is an epic piece for a designer, acknowledges Strathie. “It has a long and complex storyline with many characters. The story takes place over almost a century. I was asked to define each of those periods, as well as the moods and emotions of this character through that time.”

Working closely with Lively and Krieger, Strathie developed a concept that kept Adaline connected to her past, but anchored in the present. To do that, they dressed her in timeless pieces that reflect the sensibility she has cultivated for over a century. “We wanted a retro feel to all her clothes to emphasize that Adaline is an old soul,” says Strathie. “She appears contemporary, young and lovely, but she has the essence of someone who has been here for a hundred years. She hasn’t stopped buying clothes. When she does, she picks things with an eye toward the clothes she grew up with. She always looks smart, but not flashy.”

To create a character that was beautiful and ageless, but had been around for 100-plus years, Krieger used his grandmother as an inspiration. “All of her wardrobe is contemporary, but still has a touch of ’40s, because that’s when she was coming of age. That’s her touchstone for what’s en vogue. “It ended up being an effective way of communicating something essential about Adaline,” he adds. “A woman of her generation would want to look elegant and put together, but she would never look like a garish woman trying to attract attention. A woman who was born in 1908 wouldn’t do that.” 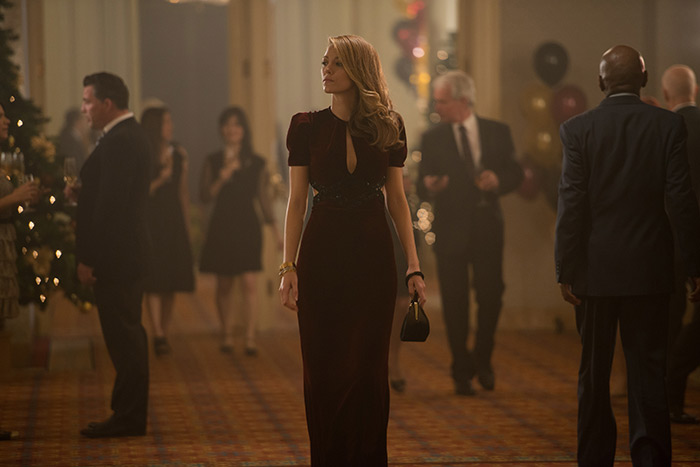 From jewelry to handbags to coats, Strathie ran with the idea that Adaline had a closet full of clothing that she had acquired during her long lifetime. “Incorporating those vintage pieces into her contemporary look gives her an individual style,” he says. “For a date with Ellis, she starts with a jacket from the 1920s—a Bohemian, very individual piece. She wears it with a sweater from the 1960s and a contemporary skirt. Her shoes are from the ’50s or ’30s and the handbag was ’40s. Mixing styles became Adaline’s personal look. She draws from all of her time on earth and she gets a sense of security from her wardrobe.”

One piece in particular shows up twice in the story, a black column dress that calls to mind a formal gown from the 1940s. Adaline wears the dress on New Year’s Eve in both that decade and this one. “We had to find a dress that was going to service two periods,” the designer explains. “One is very identifiably the 1940s where we see her celebrating life and flirting with sailors. She has to look gorgeous, but she also has to wear that dress again on New Year’s Eve 2014 and not look out of place. We looked at authentic ’40s gowns, took the elements that best suited Blake and made a dress that is slightly retro and nostalgic.”

Lively appreciated the juxtaposition of classic and contemporary fashions. “I liked the fact that she’s dressed a little bit like an old lady,” she says. “She’s much more of a particular kind of conservative than most young women in San Francisco.” 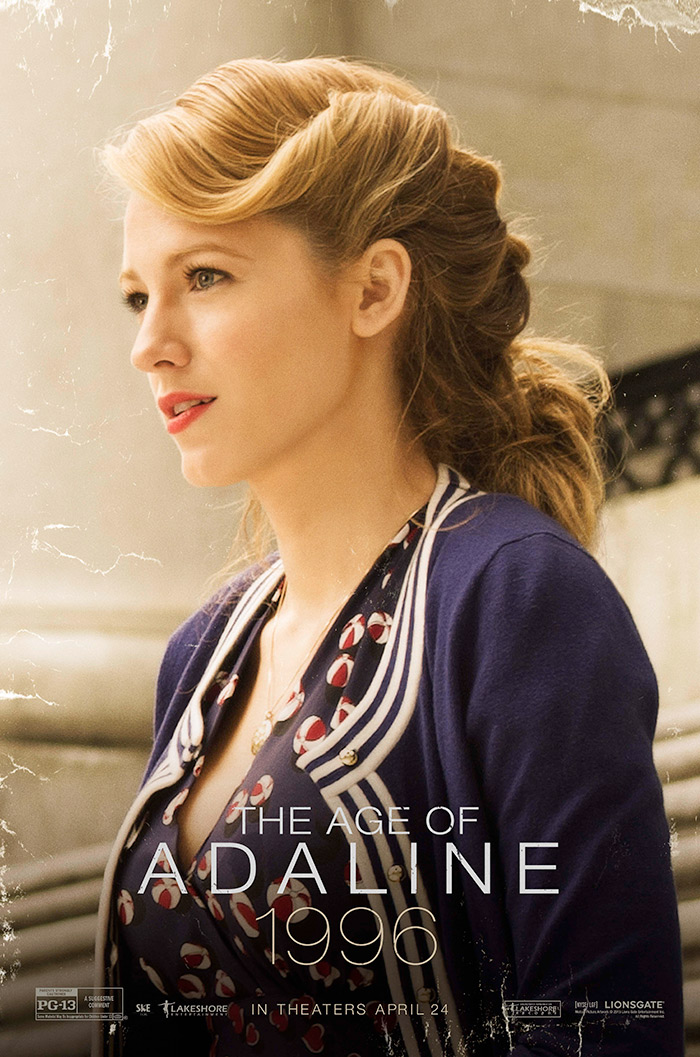 A woman known for her fashion, Lively had an image of Adaline’s wardrobe in her head even before she was cast in the film. “I schemed my way into the film, I think,” the actress says. “For my meeting with Tom Rosenberg I picked a dress that I thought was very Adaline-like. It reminded me of a dress my mom had; dusty blue with delicate, faded white polka dots. I felt like Adaline when I put it on. Tom told me later, ‘when you walked in, I said, that’s Adaline.’ My scheme worked!”

The Age of Adaline Fashion: A Century of Style

The Age of Adaline is in theaters now!