Poll: Which Classic 90s TV Shows Would You Like to See Rebooted? 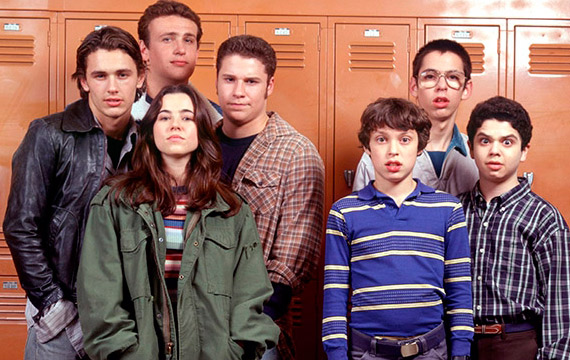 It seems like Hollywood’s theme for 2015 is “Reboot, Revive, Recycle.” Almost every other day we’re hearing about the return of this movie or the continuation of that TV show.

You can probably name about 10 different movies and TV shows that are currently getting the reboot treatment. From countless Disney classics being made into live action films, to cult horror TV shows being revived, every genre has tested having their classics make a return.

Still, in our wildest dreams there are shows we know will probably never see the light of day again, that we can’t help but hope get a second chance. Here’s our list of shows we wouldn’t mind being brought back from the TV graveyard and given life anew:

Family Matters
Who wouldn’t want to see Urkel make a comeback? Not to mention, it would be nice to catch up with the Winslows and Stefon to see what they’re up to now.

Perfect Strangers
Do you think this buddy comedy about the relationship between Larry Appleton and his cousin Balki Bartokomous could be updated for 2015 and hold up?

Freaks and Geeks
A show that was gone too soon and appreciated too late.

My So Called Life
Another show that was gone too soon and appreciated too late…with Jared Leto!

Flash Forward
The Disney series that followed the friendship of Tuck and Becca, best friends since childhood who are growing up, is probably too simple of a premise for a Disney show now, but it taught some pretty decent lessons all the same.

Clarissa Explains It All
Clarissa had all the answers, in life and fashion. There will never be another, but I’d be okay with catching up with her daughter. You know she has a cool kid.

Are You Afraid of the Dark
I’m a grown ass woman and I’d watch this every week if it made a comeback.

Moesha
Family shows that tackle the issues Moesha did are few and far between these days.

So Weird
One of Disney’s darker shows, So Weird followed Fi and Alex as they faced supernatural adventures and I loved every minute of it (minus that Banshee episode). Plus who doesn’t remember “Rebecca”?!

The Secret World of Alex Mack
Everyone remembers the Nickelodeon show about the teenage girl who suffers accident that gives her extraordinary powers!

Smart Guy
This made the list not only because TJ was adorable, but there aren’t enough shows about exceptionally smart kids anymore…Dogs have blogs now (and I LOVE dogs…but come on).

Weigh in on what shows you’d like to see make a return below (and if there’s something you’d rather see that we left off the list, write it in)!

Blu-Ray Review: 'From a Whisper to a Scream'