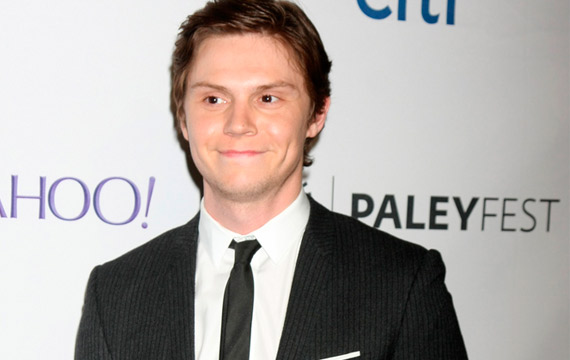 Ryan Murphy has revealed yet another returning American Horror Story cast member and this one is sure to make the show’s long-term fans happy.

The show’s creator confirmed today that AHS alum Evan Peters (aka the series heartthrob) would return to the franchise via Twitter today writing, ” This season, Evan Peters will be waiting for you in Room 64. #AHSHOTEL.”

This season, Evan Peters will be waiting for you in Room 64. #AHSHOTEL

What is this “Room 64”? Will Evan be playing some sort of ghost that’s confined to the room? Will he be good or evil this year? Will we see his butt again?! These are important questions that need answers!

Peters has been in every season of the series, starring as Jimmy Darling in AHS: Freak Show, Kyle Spencer in AHS: Coven, Kit Walker in AHS: Asylum, and Tate Langdon in the initial installment, AHS: Murder House.

One more announcement for me (*fingers still crossed for Angela Bassett*) and I’ll be a completely happy camper! So far I’m completely onboard with this cast.

Are you as happy as I am to learn of Evan’s return? Are you sick of seeing him play the love interest every season and want to see him go evil (a la Tate…but no love interest) again? Let us know in the comments below!

Production of the 13-episode Hotel will begin in Los Angeles in late summer, and will premiere on FX in October.

Poll: Which Classic 90s TV Shows Would You Like to See Rebooted?