Calling last night’s episode of The Royals tense would be a total understatement, yet somehow, even with the king’s life hanging in the balance the family still managed to look great.

This week’s looks are comfortable yet fashionable, perfect for waiting out your time in an underground bunker while the king’s stabbing is being investigated. That’s what Princess Eleanor and Ophelia managed to pull off in their respective looks, Eleanor in her usual dark clothing and Ophelia, the eternal ray of sunshine, in a bright yellow sweater.

Ophelia rocked a canary yellow, cashmere Polo sweater that gave her a classic, sophisticated look while she went off on the queen for making a snide remark about her mother (because who doesn’t want to look snappy when telling off the Queen of England?). 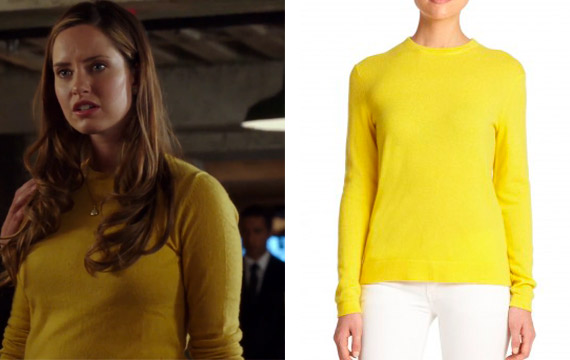 My personal style favorite on the show Princess Eleanor, kept it cool and casual style-wise, but certainly not temper-wise. Her sporty Rag & Bone/JEAN sweatshirt was probably about as dressed down as we’ve seen the princess look, but since she’s a daddy’s girl, it’s no wonder why she wasn’t too worried about how she looked that day (unlike the queen) 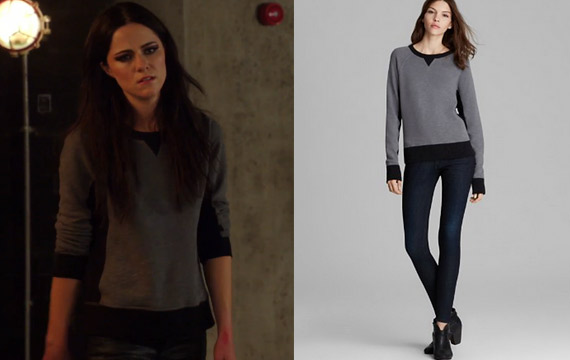 Which looks did you love in this week’s episode? Let us know in the comments below!