Based on my many editorials of the Galaxy Note phones, I’m a big fan of those devices. So it should be understandable that I’m curious about the tablet version of the phone, the Galaxy Note Pro 12.2.

This is the largest tablet I’ve had the pleasure to work on, and while yes the weight of the device is something to get used to, it is still worth it because the Galaxy Note Pro 12.2 offers all the same greatness that can be found in the Galaxy Note phones.

Samsung provides its users with a gorgeous looking screen that is ideal for whatever work or entertainment that users have in mind for the device. Once again I found myself enjoying movies like Big Hero 6 and 101 Dalmatians by use of the Disney Everywhere app. I also made time to watch a few episodes of Friends on Netflix. The Galaxy Note Pro 12.2’s screen is wonderful for whatever viewing users have in mind for it.

Screen sensitivity is also brilliant to the touch when it comes to navigating different apps or playing some of the latest games. And while playing all types of games is great on a larger screen, I couldn’t help but fall in love with playing every strategy title available on the Galaxy Note Pro 12.2.

Games like Call of Duty Heroes, Breach and Clear, Star Wars Commander, and others like them are perfect for the Galaxy Note Pro 12.2. In fact, it makes me want to call the Galaxy Note Pro 12.2 the Tactical Note Pro. Its size allows gamers to enjoy strategy games the way they’re intended to, providing a much larger visual presence of the battlefield.

Tactical greatness is what the Galaxy Note Pro 12.2 offers! 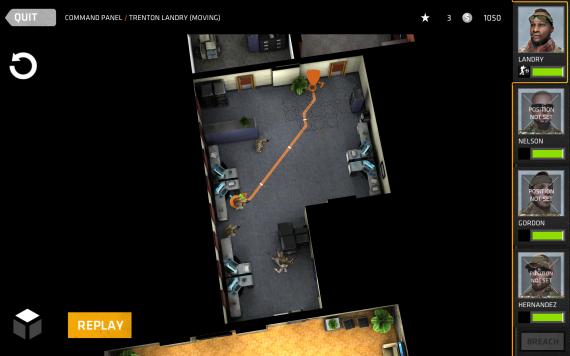 Shadowrun is another app that I’ve heard a lot about and it’s yet another perfect example of why gamers need to be playing it on the Galaxy Note Pro 12.2 rather than any other phone. The larger text display makes reading the game much easier, and again the larger screen gives users a better understanding of their surroundings when it comes time to battle enemies.

Skylanders Trap Team is created for a younger audience and can feel pretty easy going most of the time, but that doesn’t take away from anyone being able to enjoy it. I don’t have any negative “Skylamer” opinions here! Only positive! 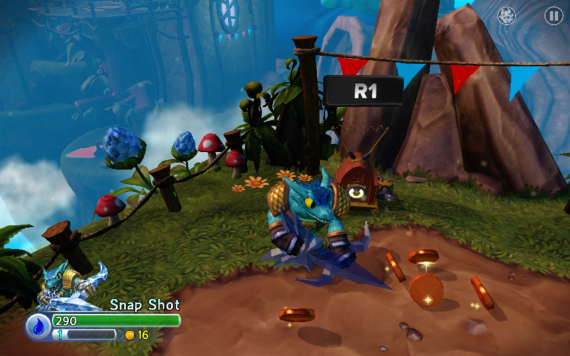 Skylanders Trap Team offers casual exploration and different types of gameplay. There are platforming elements to navigate, tower-defense modes to play, and puzzles to solve, all which are scattered throughout the game. Of course, the biggest course of action in the game is exploring each land and defeating enemies, trapping them inside crystals.

I really enjoy going through the game with different characters, including characters that I used in the original Skylanders. Any Skylander, past and present, can appear in Skylanders Trap Team. However, only the new Skylanders (Trap Masters) can unlock class specific areas found throughout the Skylands.

I must mention that I have a stand that holds the Galaxy Note Pro 12.2 upright, an accessory that I got when picking up the Moga Pro Plus Controller. Having a stand is a great idea, especially when playing Skylanders Trap Team. The controller that comes with the mobile edition works quite well also, so that’s another reason why players will want to have something to sit the tablet upright in front of them while playing. 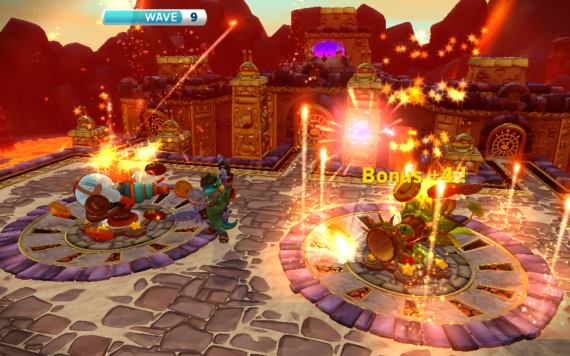 The Galaxy Note Pro 12.2’s larger screen is great for viewing a lot of different apps, and another app I make good use of on the tablet is RadarScope for viewing live radar. This is a great app for those who like to keep a close eye on severe weather that’s moving into their area. It’s definitely ideal for meteorologists and weather enthusiasts.

So whether users of the Galaxy Note Pro 12.2 want to read a book, watch a movie, or play any of the best or latest games, it’s certainly a great device for each one of those options. Plus, navigating the device and taking notes with the S-pen is good for business. I don’t see why I would need anything other than the latest Galaxy Note phone and tablet as both are fantastic options for everyday life, work and leisure.

Below are quick notes on three additional apps I played on the tablet:

Breach and Clear
Here’s a tactical game that is just so much fun to play. Players get to create their strategy and breach into different rooms, clearing them of enemy combatants. There are usually multiple points of entry into each level and players can decide how many breach from each location. Also, players can decide which direction their soldiers look as they breach into a room, making sure they watch their corners and clear any potential threat that may be waiting for them. This is one of the reasons why the Galaxy Note Pro 12.2 is perfect for strategy games.

Call of Duty Heroes
I’m a pretty big Call of Duty fan outside of Advance Warfare, so when Call of Duty Heroes came out I had to make sure to give it a try. Who doesn’t like establishing and upgrading a base, training soldiers, and then sending them into battle to take out enemy bases. More strategic fun can be found here as players send in soldiers to destroy enemy locations, but it’s not just any soldiers that fight as past heroes from the Call of Duty franchise are also available for sending into battle. The best part yet is that killstreak perks still exist and players can call in and control enemy choppers, missiles and more to have attack the enemy base. This is definitely one of those games that is great to play on a much larger screen.

Heavenstrike Rivals
Heavenstrike Rivals, which just recently released, is a new strategy game from Square Enix. I very much enjoy the multi-lane battles and different character types that work together towards defeating the opponent on the other side of the map. Players need to tactically place strong soldiers, healers, and mages on the board at the right time. Players’ characters can also increase with strength each time they hit someone and can change lanes as long as they haven’t been hit by an opponent that “intimidates” them. This game doesn’t require a large screen to be thoroughly enjoyed like the other two do, but it’s still nice to have the bigger picture.