In Windward, players take control of a ship as they explore the open seas to discover fallen loot, new towns, and plenty of quests to accept. This is one of those classic feeling top-down games that presents a simple basis yet becomes so very addicting for the player, especially those who like questing for gold, buying material and reselling it for profit to towns in need, and upgrading their ship so that they can further explore into less friendly waters.

Windward starts with players selecting a randomly generated world that feels rather vast once they begin to explore around. Each region has a number of different towns to discover and barter with, which is a main focus of the game. However, there are plenty of battles that go on with enemy pirate ships.

At first players begin in their own controlled territory where they and friendly ships roam around the seas from town to town. But once players push into new territories is when they’ll find regions that are either half way controlled by pirates or even completely controlled by pirates. It makes the game interesting and exciting going from region to region as the difficulty also escalates. 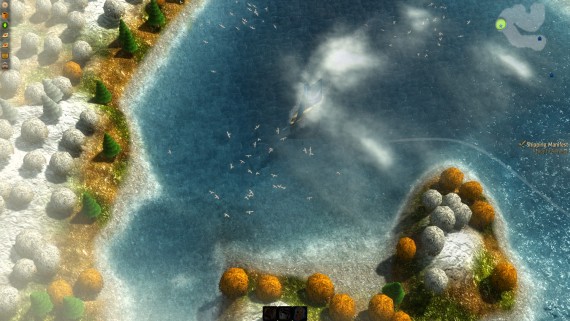 When moving into new regions players must capture towns, lighthouses, and gun towers that attack enemy ships. Players also have the ability to buy the materials needed to create new gun towers around friendly towns, protecting the area and helping add a little firepower for fending off pirates.

Windward can be a bit of a grinding game too as some of the regions feature ships that are mighty strong to engage. I curiously went exploring into a completely pirate owned area and found myself nearly destroyed with just a few hits by a much stronger pirate ship. So, from region to region, it’s important for players to complete quests, trade goods to earn a profit, and eventually upgrade their ship to become more capable of handling tougher opponents. Grinding is necessary.

So far Windward has been quite the addicting journey even though sailing back and forth to complete quests can get a little bit old. However, quests can be doubly rewarding should players be able to successfully plan out the route so that multiple quests can be completed on one simple run or by completing a quest that requires sailing to the same town. It’s not a long journey, but there are moments where the back and forth kinda wears thin on one’s patience. However, once the ship is upgraded and it’s time to take over a pirate occupied region, that’s when the real fun begins and makes all the questing worth it. Although once the region is in the player’s control it’s back to the same motions until they are ready to overtake the next region. 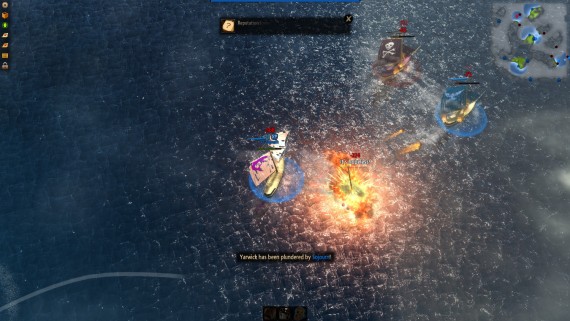 I’m really enjoying my time with Windward and appreciate the small qualities featured in it such as the enjoyable battles, the ability to change the appearance of the ship, and finding rare loot that’s been lost at sea. Plus, while it’s just a simple little feature, I like that towns can be renamed and that players can create new towns and give them any name they like, such as Caffeinatedville.

There’s a nice quality that players can appreciate with Windward and it makes this game worth looking into for anyone who’s interested. It’s certainly not without its faults, which is mostly the grinding and the lack of profit gained from completing quests, but it’s still pleasant enough to keep players entertained.

I’m looking forward to spending more time out at sea!