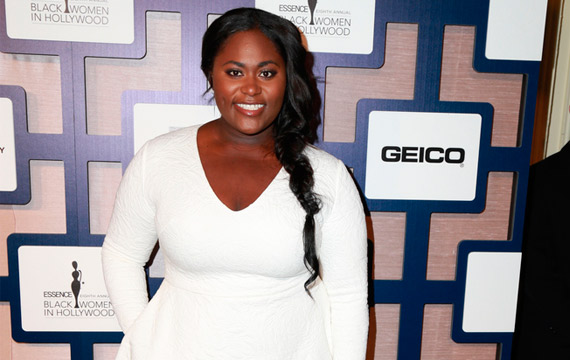 Looks like Danielle Brooks is taking a little break from being in prison to showcase her chops on Broadway by starring in The Color Purple.

Everyone knows Danielle as Taystee from the hit Netflix original series Orange is the New Black, but now the Juilliard educated actress will take her talents to the Broadway stage in the John Doyle revival of The Color Purple. Brooks joins the cast as Sofia (played by Oprah Winfrey in the film) and will star opposite Jennifer Hudson as Shug Avery and Cynthia Erivo as Celie. This marks the Broadway debut for all three women in the production.

The Color Purple is based on the novel by Alice Walker and tells the story of Celie, a woman who must learn how to overcome adversity at every turn and find strength within herself to be the woman she always wanted to be. The revival was adapted for stage by Marsha Norman, with music and lyrics by Brenda Russell, Allee Willis and Stephen Bray and music by Russell and Willis.

We had the privilege of meeting Danielle at last year’s ATX Festival and as beautiful of a person as she is, she deserves every bit of her success.

The Color Purple will begin previews on November 9 at the Bernard B. Jacobs Theatre, with opening night scheduled for December 10.

In the meantime, you can catch Danielle on Orange is the New Black‘s third season when it premieres on June 21st, only on Netflix.