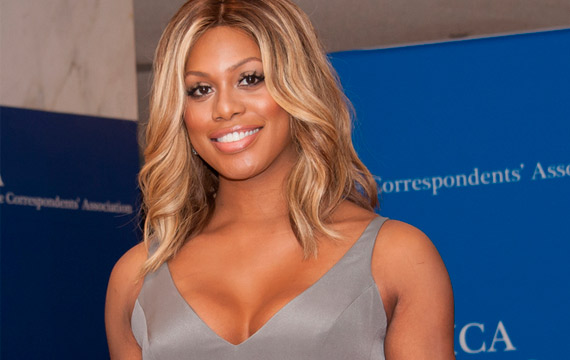 Orange is the New Black star Laverne Cox has spoken out in support of Caitlyn Jenner’s internet-breaking Vanity Fair cover.

Caitlyn Jenner (formerly known as Bruce Jenner) made her world debut yesterday, with the release of her upcoming cover photo for Vanity Fair and the world LOVED IT! Now Laverne Cox, a fellow transgender woman and activist for the LGBTQ community, has let the world know her feelings on the subject.

The actress posted a beautiful essay on her Tumblr page, revealing that while she is definitely onboard with Caitlyn’s flawless cover and photo shoot, she finds the newly revealed woman’s inside traits much more beautiful than her outward appearance.

Read an excerpt from Laverne’s moving essay below:

On May 29, 2014, the issue of timemagazine magazine which proclaimed the “Transgender Tipping Point” was revealed with me on the cover. June 1, 2015 a year and 3 days later, Caitlyn Jenner’s vanityfair cover was revealed proclaiming #CallMeCaitlyn I am so moved by all the love and support Caitlyn is receiving. It feels like a new day, indeed, when a trans person can present her authentic self to the world for the first time and be celebrated for it so universally. Many have commented on how gorgeous Caitlyn looks in her photos, how she is “slaying for the Gods.” I must echo these comments in the vernacular, “Yasss Gawd! Werk Caitlyn! Get it!” But this has made me reflect critically on my own desires to ‘work a photo shoot’, to serve up various forms of glamour, power, sexiness, body affirming, racially empowering images of the various sides of my black, trans womanhood. I love working a photo shoot and creating inspiring images for my fans, for the world and above all for myself. But I also hope that it is my talent, my intelligence, my heart and spirit that most captivate, inspire, move and encourage folks to think more critically about the world around them. Yes, Caitlyn looks amazing and is beautiful but what I think is most beautiful about her is her heart and soul, the ways she has allowed the world into her vulnerabilities.

You can read the rest of her post here.

Let us know what you think of Laverne’s message to Caitlyn and the world in the comments below.