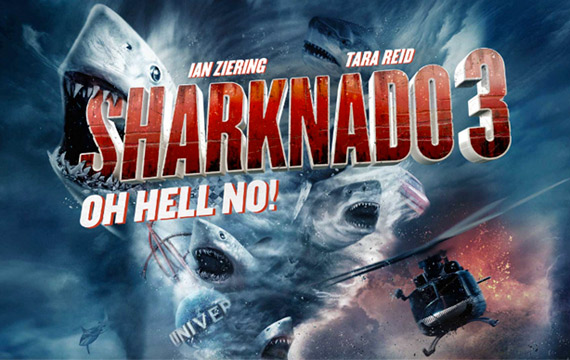 Sharknado 3: Oh Hell No! is heading to Syfy next month and is bringing the world’s longest list of cameos with it.

We knew the third installment of the franchise was bound to have guest stars, but we had no idea the list would be a mile long. Returning for the third installment are the film’s previous stars Ian Ziering (Fin), Tara Reid (April) and Cassie Scerbo (Nova). This time the trio will have to standoff against the biggest sharknado yet, which will cause mass destruction in Washington, DC, then roar down the Eastern Seaboard before the final confrontation in Orlando, Florida.

Check out the insane list of additional cameos below:

This Week on Hulu: 'The Strain,' 'Beauty and the Beast' and 'Married'