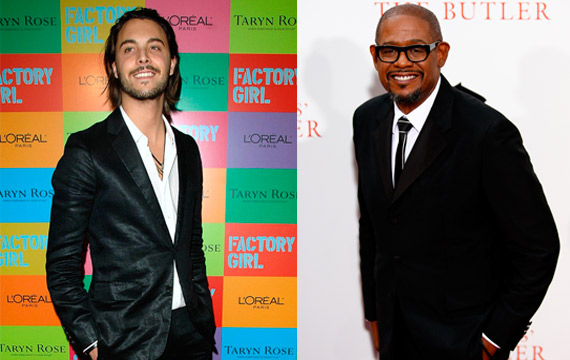 Jack Huston was set to star as the titular character in the remake of The Crow, but it was announced today that the actor has exited the project. Meanwhile, rumors have been floating around that Forest Whitaker is in negotiations to take on a role in the movie.

Huston signed on to star in the remake of the 1994 film, but reportedly had to drop out due to scheduling issues.

“Jack Huston is unfortunately unavailable to continue with us on The Crow,” said director Corin Hardy in a statement. “The Crow is an amazing project, and I am grateful that we have the time and patience to get it right. We look forward to unveiling our new lead and starting to film over the next several weeks.”

Relativity Studios, the studio behind the remake, also released a statement about their star’s exit.

“Jack is a remarkably gifted actor, and we look forward to working with him in the future,” they said in a statement. “Corin Hardy has a tremendous vision for The Crow, and we are working closely with him to continue prepping the movie and supporting him as he brings his vision to the big screen.”

Nicholas Hoult and Jack O’Connell, among others, are supposedly being eyed as replacements for Huston.

Whitaker is reportedly in negotiations to play an unknown role in the film.

Who do you think should replace Huston in the remake? Should there even be a remake? Let us know what you think in the comments below!

Aca-Awesome! 'Pitch Perfect 3’ Is a Go