CBS Announces Comic-Con 2015 Plans for ‘Limitless’, ‘Under the Dome’ and More! 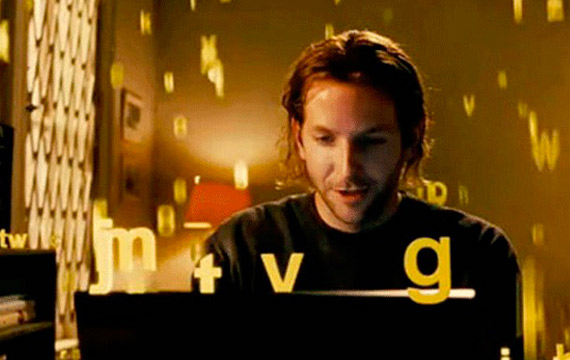 CBS is getting ready for Comic-Con, announcing today that it will be bringing new series Limitless, hit series Under the Dome, more shows, and a major surpise along with it this year.

CBS’ huge day kicks off on Thursday, July 9 a special reading of The Autobiography of James T. Kirk by Captain Kirk himself, William Shatner! From then on, the day only gets better (yes, better!) with an exclusive premiere screening of the highly anticipated new CBS series Limitless, a special sneak peek at the newest summer event series, Zoo, and a look at what’s ahead for the hit returning series Scorpion, Extant and Under the Dome.

You can check out CBS’ 2015 Comic-Con plans below!

William Shatner (“Star Trek: The Original Series”) will make a special guest appearance and read excerpts from The Autobiography of James T. Kirk, as James T. Kirk himself. This in-world memoir chronicles the greatest Starfleet captain’s life, from his boyhood on an Iowa farm and his youth spent on Tarsus IV, to his time in Starfleet Academy, his meteoric rise through the ranks of Starfleet and his illustrious career at the helm of the Enterprise. David Goodman (author, former “Family Guy” executive producer) will moderate and advance copies of the book are available at the Titan Booth.

Exclusive Sneak Peek & Panel – Academy Award winner Halle Berry (“X-Men”) returns to Comic-Con with her new co-star, Jeffrey Dean Morgan (“Watchmen”), for a panel discussion and an exclusive tease of the mystery summer thriller series, back for its second season with higher stakes and new faces. When Molly Woods discovers she has unwittingly put the human race on a path to destruction, she and a mysterious stranger may be the only hope for survival. A glimpse at what’s to come in Season 2, followed by a panel discussion with cast members, executive producer Craig Shapiro and executive producer/creator Mickey Fisher. The panel discussion will be moderated by Chris Hardwick, comedian and host of @midnight.

UNDER THE DOME (Ballroom 20) #UndertheDome #SDCC

Exclusive Sneak Peek & Panel – It has been weeks since the dome descended upon Chester’s Mill with Barbie and the residents of Chester’s Mill being urged to follow Melanie “home.” Season 3 will pick up where Season 2 left off, and the community will rise to new heights of ingenuity, courage and often darkness in their quest for freedom. There will be new faces, new alliances and betrayal of trust as residents learn what you “see” may not always be the truth, and that the real enemy is within. Join series stars (subject to availability) Mike Vogel (“Bates Motel”), Rachelle Lefevre, special guest star Marg Helgenberger (CSI: CRIME SCENE INVESTIGATION) and executive producers Neal Baer and Tim Schlattmann for an exclusive look at the new season, followed by a panel discussion. The panel discussion will be moderated by Michael Yo, correspondent on THE INSIDER.

Exclusive Premiere Screening & Panel – Picking up where the hit feature film left off, LIMITLESS follows Brian Finch (Jake McDorman) as he discovers the power of the brain-boosting drug NZT. From executive producer Bradley Cooper, the fast-paced drama will explore what happens when there are no limits to man’s potential, as Finch is coerced by the FBI to use his newfound extraordinary abilities for good. The exclusive screening of the pilot episode will be followed by a panel discussion with series stars Jake McDorman (“American Sniper”) and Hill Harper (“CSI: NY”), with director Marc Webb (“The Amazing Spider-Man” series) and executive producers Craig Sweeny, Alex Kurtzman and Heather Kadin. Moderator TBD.

Exclusive Sneak Peek & Panel – CBS’s high-octane breakout hit about a team of brilliant misfits who use their smarts to solve the nation’s crises while helping each other fit in returns to Comic-Con. Team Scorpion will unveil an exclusive sizzle reel highlighting all of the best action scenes and fan-favorite moments from the first season. Fans will have the chance to hear firsthand about what’s ahead in season 2 and discuss the series with stars (subject to availability) Elyes Gabel (“World War Z”), Robert Patrick (“Terminator 2”), Katharine McPhee (“Smash”), Eddie Kaye Thomas (“American Pie”), Jadyn Wong (“Broken Trail”), Ari Stidham (“Huge”) and executive producer Nicholas Wootton. The panel discussion will be moderated by Ben Blacker, writer with Nerdist.com.

Emma Stone Reveals Why She Passed on 'Ghostbusters' Reboot