Another Boy Meets World alum is headed to Girl Meets World! Matthew Lawrence’s Jack, Shawn’s half brother and Eric’s old BFF/ college roomie, is set to make an appearance on the show this season,

The second season of Girl Meets World has already seen the return of BMW faves Shawn (Rider Strong), Eric (Will Friedle), Angela (Trina McGee), Mr. Feeny (William Daniels) and Shawn’s late father Chet (Blake Clark), but the appearances are nowhere near done. In addition to the upcoming episode “Girl Meets the New Teacher”, which will see the return of non-conventional teacher and Shawn’s surrogate father Mr. Turner, fans can also expect the return of Jack, the brother Shawn never knew he had and the one Eric always wanted.

“Jack and Eric come to the girls’ middle school semi-formal through a very believable circumstance, and that’s where Jack Hunter meets Riley Matthews,” Michael Jacobs told MTV News at this year’s ATX Television Festival. “He doesn’t know that she’s Cory’s daughter, but his realization that this can happen in life, that Cory and Topanga can have a creature such as this, changes him. It’s a lovely episode.”

“He’s back in a different carnation than we last saw him,” Savage also told MTV. “I love having everyone back on set, including Matt. It’s kind of like having all of my old brothers back on set. It’s a really meaningful thing for me.” 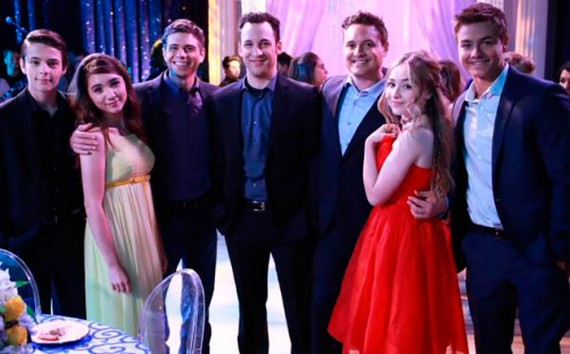 Why do you think the prospect of Cory and Topanga having a daughter like Riley hits so close to home for him? Are you excited to see the Eric/Jack (Jeric?) bromance pick back up? We’d love to hear your theories surrounding Jack’s return in the comments below.