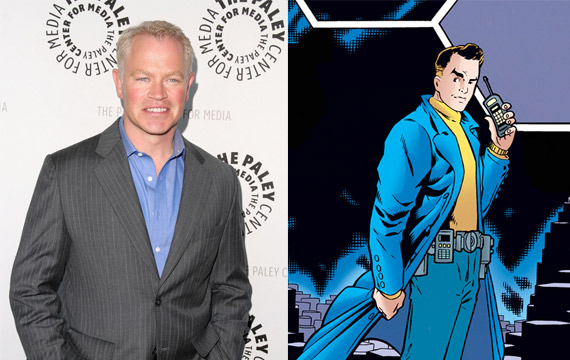 Arrow has another member of the DC Comics universe headed its way.

Neal McDonough, whom you may recognize from Band of Brothers, Justified, Captain America: The First Avenger and a number of other projects, has joined the cast of the hit CW superhero series as Damien Darhk. Those of you familiar with the DC character know that Damien is a mysterious and sophisticated villain, and an adversary of the late Ra’s Al Ghul. Darhk is now the leader of his own clandestine group and will prove to be one of the Arrow’s greatest challenges when the show returns.

McDonough joins the cast as a season four series regular, which means fans can be on the look out for him to do a lot of damage around Starling City and be big trouble for Arrow and friends.

Look out for the series to return for its fourth season Wednesday, October 7, at 8/7c on The CW.

Let us know what you think of McDonough’s casting and what you hope to see from him when the show returns, in the comments below!