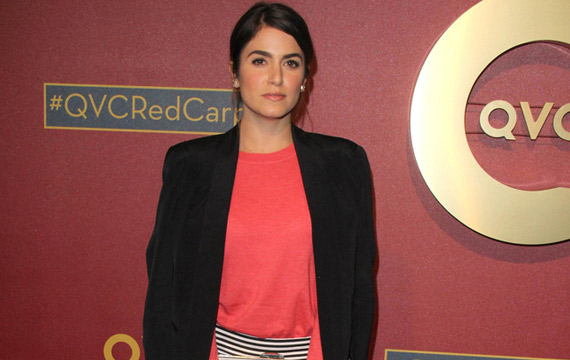 Nikki Reed has joined the cast of Sleepy Hollow, which means she’ll be closer to her Vampire Diaries husband Ian Somerhalder, as Sleepy Hollow‘s production is slated to move to Georgia for the new season.

Reed will join the third season of the show as a series regular, which means she’ll be integral to the plot when Ichabod and co. return. According to The Hollywood Reporter, Ross will be portrayed as “sexy with an unsuspecting physical prowess. She’s the famous seamstress known and loved for sewing the nation’s first flag by day, but by night she’s a dynamic colonial insider, a secret operative within George Washington’s mysterious ring of spies.”

“We are all very excited to welcome Nikki Reed into the world of Sleepy Hollow,” co-creator/EP Len Wiseman told THR exclusively. “Nikki’s the perfect choice to bring a smart and sexy edge to our show’s twisted version of American icon, Betsy Ross.”

We’re sure the star is happy to be closer to her new husband, The Vampire Diaries star Ian Somerhalder as well, since both shows now film in the state.

In addition to Nikki, Clifton Campbell is also a new addition to the production, taking over as showrunner from Mark Goffman.

Let us know what you think of Nikki’s addition to the Sleepy Hollow cast in the comments below!

'Sharknado 3: Oh Hell No!' to Premiere During Syfy's Sharknado Week