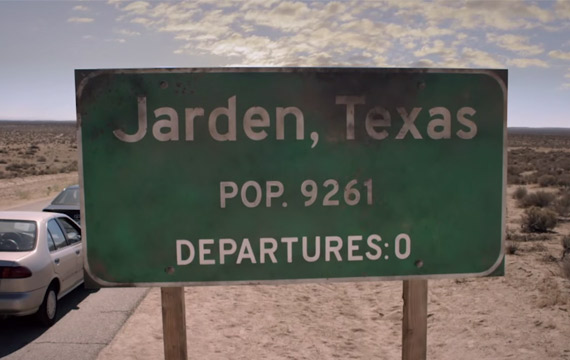 HBO has been telling us The Leftovers would, without a doubt, return for the past year, even releasing a teaser along the way, but with no real scope of when that would occur. Just as we were about to call shenanigans, the network has smiled upon us and given fans a real, actual season two premiere date.

The Leftovers second season premieres Sunday October 4th and, as we’ve previously learned, will take place in a new setting. Kevin Garvey has picked up his family and moved them to Jarden, Texas, the one small town in the country that experienced 0 departures, when 2% of the world’s population inexplicably vanished more than three years ago.

Read a full synopsis of the show’s second season, via HBO, below:

After last season’s elaborate Memorial Day initiative by the Guilty Remnant plunged Mapleton into chaos, season two of THE LEFTOVERS finds many searching for a fresh start. Kevin Garvey (Justin Theroux) has retired from his post as chief of police of Mapleton and is moving his new family to Texas. With him is Nora Durst (Carrie Coon), who’s discovered new purpose in caring for the baby she found on Kevin’s doorstep and welcomes leaving behind Mapleton and the incredible tragedy she suffered there. Equally eager to leave the town she grew up in and the friends she made there is Kevin’s daughter, Jill (Margaret Qualley).

Upon their arrival in Jarden, Texas, the newly formed Garvey family meet their neighbors, the Murphys: John (Kevin Carroll) and Erika (Regina King) and their teenage twins, Evie (Jasmin Savoy Brown) and Michael (Jovan Adepo). Attracted to this special town and hoping for miracles for his whole family, Matt Jamison (Christopher Eccleston) has moved with his wife, Mary (Janel Moloney), who still suffers from consequences of the terrible car accident on October 14.

Meanwhile, Kevin’s ex-wife, Laurie Garvey (Amy Brenneman), has left the Guilty Remnant and reunited with her son, Tom (Chris Zylka), who may have finally discovered a cause to help replace the pain in his heart. And while Meg (Liv Tyler) remains in the Guilty Remnant, it may not be the same cult she originally joined.

If you haven’t seen the teaser trailer released by HBO, that revealed next season’s twist, we suggest you check it out.

The Leftovers will return for its second season on Sunday, October 4th on HBO.