This post is sponsored by REELZ; however, all thoughts and opinions expressed are my own.

America lost one of its great comedians/actors/all-around talents when it lost Robin Williams last year.

Williams brought so much joy and laughter to the world that it’s hard to think that he was going through so much pain in private. From roles in comedies like Mrs. Doubtfire, to much more serious films like What Dreams May Come, to his iconic turn as Genie in Aladdin, Williams touched all our lives in some way throughout his career.

Last year, at the age of 63 years old, Williams tragically succumbed to his demons, taking his own life. As we approach the 1-year anniversary of his death, the REELZ Channel wants to honor his life, and take a closer look at his death, with a special on their new series Autopsy. 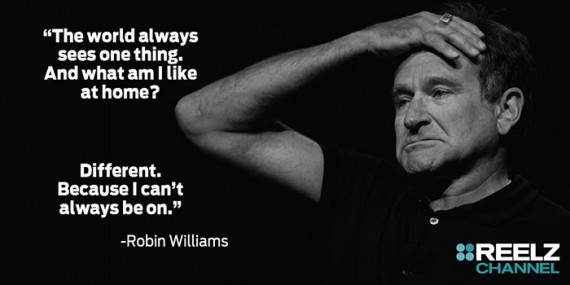 In the series, world-renowned forensic pathologist, Dr. Richard Shepherd takes a look at the lives and tragic deaths of celebrities, in hopes of gaining a better understanding of how they ended up where they did. The show compiles interviews with friends and family to help shed light on the decisions that set the stars on the path towards their deaths, and it uniquely combines medical facts with personal revelations. The show has already touched on the celebrity deaths of Michael Jackson, Whitney Houston and Anna Nicole Smith, among many others.

Join the REELZ Channel in celebrating the life, and exploring the death, of Robin Williams when his Autopsy special premieres, August 8th at 10PM ET/7PM PT. Please visit http://www.reelz.com for more information.

Leave your fondest memories of how Robin Williams impacted your life in the comments below.

* If you or anyone you know is having thoughts of suicide, please reach out to the National Suicide Prevention Lifeline (available in English or Spanish, 24/7) at 1(800)273-8255.