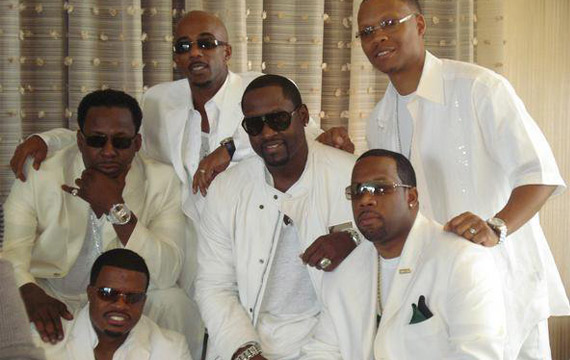 BET is jumping on the biopic train that Lifetime seems to have started, announcing today that the are developing a New Edition miniseries.

The biopic miniseries comes months after Lifetime’s Whitney biopic debuted, which heavily followed the story of Whitney Houston’s relationship with the New Edition singer. New Edition members Ricky Bell, Michael Bivins, Ronnie DeVoe, Johnny Gill and Ralph Tresvant (basically everyone except Bobby, who we’re sure has enough on his plate right now) have all signed on as co-producers for the film.

“Personally, my relationship with New Edition goes back to being among the first to play ‘Candy Girl’ on my college radio station, so I’m ecstatic that BET is the place where the guys wanted to come to tell their complete, dynamic story,” said Stephen Hill, President of Programming, BET Networks, in a statement. “Everyone’s been waiting for the New Edition saga to be told in all its triumphs and heartbreaks and we can’t wait to bring it to the screen.”

A director for the film hasn’t been chosen yet. Along with the previously named members of the band, New Edition’s longtime manager Brooke Payne will also serve as a co-producer and Jesse Collins (Real Husbands of Hollywood) will serve as executive producer.

The New Edition biopic is being developed into a three-night miniseries and will head to BET in 2016.