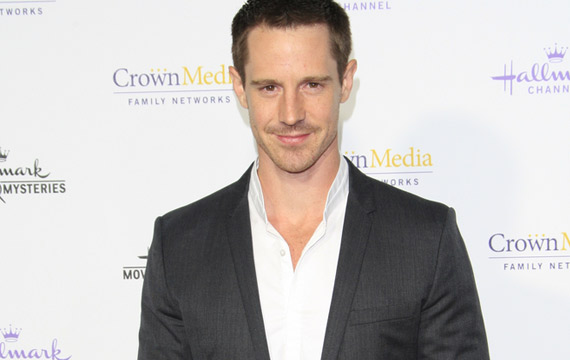 Jason Dohring’s character in The Originals may be new to New Orleans, but it appears he may have already made a friend in new photos from the show.

The Hollywood Reporter was the first to release the shots of Jason as Detective Kinney and in one shot we see the former Veronica Mars star talking to the only other human on the show, Cami (Leah Pipes). We can only guess what the two are talking about, but the convo looks pretty intense.

“Jason’s character is decidedly human. It’s a nice breath of fresh air,” The Originals co-creator Julie Plec previously said about Dohring’s character. “He plays a detective. There is a crime that happens in the first episode, and he comes in to investigate it. He’s working closely with some of our characters. The question is, how much does he know or not know about what’s going on in the supernatural world? And what’s going to happen to him as a result of digging too deep?”

Take a look at the first shots of Jason in the series, thanks to THR, below:

The Originals returns to The CW on Thursday, Oct. 8 at 9 p.m.

Let us know your thoughts about the photos in the comments below!

'Supergirl' Cast Discusses Spirit of the Show in New Featurette