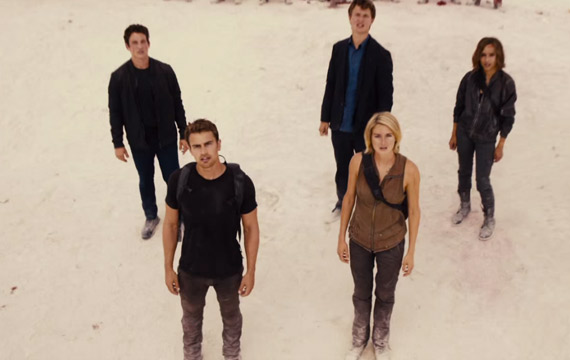 Tris, Four and the gang are prepared to go beyond the wall into unknown territory in the first teaser for The Divergent Series: Allegiant.

Shailene Woodley and Theo James return as Tris and Four for the latest chapter in the Divergent series and are joined by friends as they venture beyond the wall that borders Chicago into even more unstable territory. Once outside, shocking new truths are discovered and Tris and Four must quickly decide who they can trust.

The teaser takes fans back to the beginning, reminiscing over the journey so far, and ends with a look at what lies ahead…which is apparently a huge wall, barren lands (Atlanta looking barely recognizable) and Jeff Daniels.

Are you excited about the third installment in the series? Let us know what you think about the teaser in the comments below!

Mulan Returning to 'Once Upon a Time'

What's the Meaning Behind These 'Walking Dead' Season 6 Character Portraits?