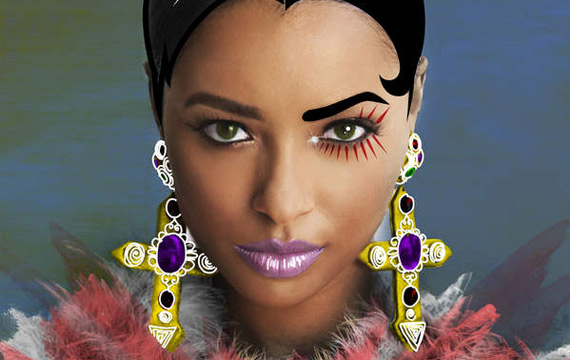 Fans may be most familiar with Kat Graham for her role as Bonnie Bennett on The Vampire Diaries, but the star is ready to be seen in another light with the release of her upcoming debut album, Roxbury Drive.

Graham has teamed with MTV, MTV Hits and mtv.com to premiere her new video, Secrets, from the album, just ahead of its September 25th release. The album was exec-produced by 11-time Grammy winner Babyface and will be released through Graham’s own Sound Zoo label.

The TVD star opened up to MTV about her motivation to pursue not just acting, but her long love for music as well.

“People know Bonnie Bennett,” she told them of her CW character. “They don’t know the Kat Graham who would cry over my computer in the tiny one-bedroom I shared with my mom in Hollywood because I couldn’t work my ProTools and couldn’t afford better plug-ins because we were so poor. Or the Kat Graham who was scraping the bottom of the barrel, performing in a bar where no one was paying attention. People don’t really know that side of me. She wasn’t famous.”

She’s not just here to be pigeon-holed into one or two areas, however. Graham revealed that she actually wants to do it all.

“My favorite artists — from Josephine Baker, Marilyn Monroe, Sammy Davis Jr. and Shirley Temple on up through Will Smith, Aaliyah and Janet Jackson — were artists who were dancing, singing and acting,” she said. “It was expected of them to be able to do all those things, but more than that, that’s just who they were. And those are the things I’ve been raised and trained in, and who I really am.“

Let us know what you think about Kat’s song and video in the comments below.