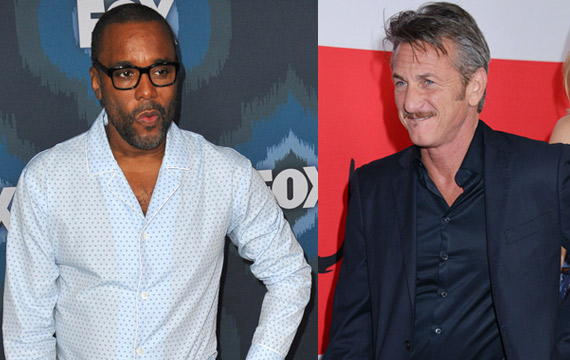 Sean Penn has a $10 million bone to pick with Empire co-creator Lee Daniels.

The actor has file a defamation lawsuit for $10 million over some recent comments Daniels made in an interview with The Hollywood Reporter comparing Penn with Empire star Terrence Howard.

When referring to Howard’s past of domestic abuse allegations, Daniel told the site, “[Terrence] ain’t done nothing different than Marlon Brando or Sean Penn, and all of a sudden he’s some f—in’ demon. That’s a sign of the time, of race, of where we are right now in America.”

Well Sean Penn has caught wind of that statement and is not happy about it. The Hollywood Reporter has obtained a copy of the complain, whose first paragraph reads:

“As a result of Penn’s status as a public figure, he has for years been the subject of scandalous, scurrilous, and baseless attacks. But Penn, like any citizen, has a right to defend himself and will no longer tolerate the reckless and malicious behavior of others, who seek to aggrandize themselves or their projects at his expense. Accordingly, and because of Daniels’ defamatory statements, Penn brings this action for monetary relief, and to deter Daniels and others from their defamatory actions.”

There are also accusations of Daniels defending Howard as “part of a misguided campaign to profit and further bolster and brand his show Empire (on the eve of the Emmy Awards, when the statements were made)”, and goes on to say that “Penn (unlike Howard) has never been arrested, much less convicted, for domestic violence, as his ex-wives (including Madonna) would confirm and attest.”

What are your thoughts on the legal issues brewing between Penn and Daniels?

'The Royals' Season 2 First Look: Take a Peek Inside the Palace Gates