Nicholas Brendon has landed himself in jail for the fourth time over the course of a year.

The actor, best known for his role as Xander on Buffy the Vampire Slayer, was arrested in Saratoga Springs, New York on Wednesday over allegedly choking his girlfriend during a fight.

“Last night around 11:30 p.m., we got called to a nice family-owned hotel in town for a reported domestic disturbance,” Bob Jillson, Investigations Lieutenant at Saratoga Springs Police Department, told People yesterday. “We got to the room and we found a 33-year-old female there by herself, and she reported that she had been in a domestic incident with Nick, and he had subsequently left before we got there. She did not have any physical injuries that we were aware of.”

Brendon was reportedly charged with “two counts of criminal mischief and one count of obstruction of breathing, which are misdemeanors. He was also charged with robbery in the third degree, which is a felony.” 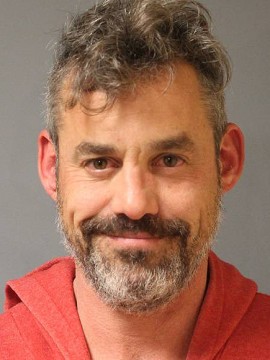 The troubled actor has been facing ongoing legal troubles for a multitude of reasons over the last year, including trashing his hotel room, suspicion of felony grand theft, and causing a disturbance during his stay at a different hotel.

Back in June, the actor was checked into rehab to receive help with “depression, alcoholism and substance abuse issues.”