‘The Originals’ Boss on Davina’s Plans, ‘Ball of Crazy’ Aurora 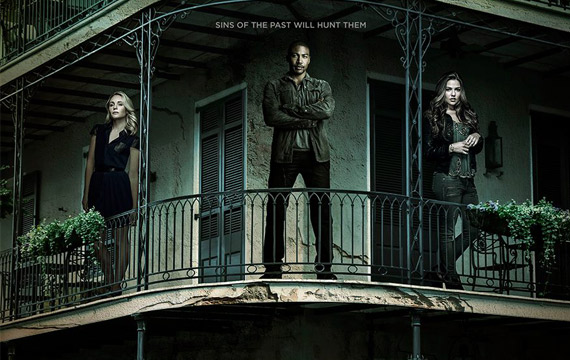 The Originals returned with plenty of murder and angst last night, as well as introducing fans to a few new troublemaking faces.

Series boss Julie Plec spoke with The Hollywood Reporter about the new season three developments including what Davina’s (Danielle Campbell) plan is for Hayley (Phoebe Tonkin) and what the deal is with newcomers Aurora (Rebecca Breeds) and Lucien (Andrew Lees).

On Davina’s plan for Hayley

“Davina, having taken Marcel’s (Charles Michael Davis) advice perhaps a little bit too much to heart, really needs an assist in dealing with the witches that have shown their disrespect to her. She wants to make a point and she wants to make it loudly, and she’s going to use Hayley to help her do that.”

“Aurora is just a ball of crazy, God bless her. Aurora is deeply bonded with her brother, who is not a nice person. She struggles with her own emotional demons. She believes herself to be wildly, psychologically cursed. In fact, she is quite disturbed. But she also has a massive, massive heart that loves deeply, and obsessively. And so as we learn more about her history with the Originals family and specifically Klaus, we’ll start to see what that means.”

“Klaus is never better than when he has the mystery of an enemy in his presence. With Lucien, it’s tough to tell if Lucien’s on the up and up, and is everything he says about being a friend to Klaus true? Or is manipulative and full of lies? Klaus wants nothing more than to get to the bottom of those mysteries. I think it gives him a proper focus.”

New episodes of The Originals air Thursdays at 9 p.m. on The CW.

Let us know what you thought of last night’s premiere in the comments below.