Here’s your Atlanta Weekly Filming Roundup covering the week of October 11th-October 17th, including sightings for Sully, Game of Silence and more!

@MeehansPubHouse Want to trade? Photos for food? Here is #TomHanks and your logo. pic.twitter.com/7QS9Q1wDbO 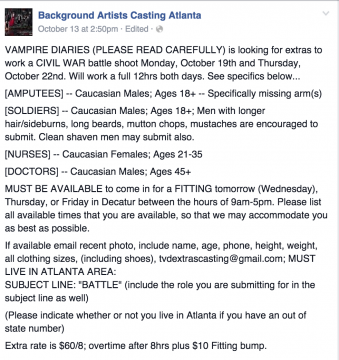