The new trailer for the upcoming second half of Pretty Little Liars‘ 6th season teases a “whole new set of problems” that the girls will have to deal with, but we already have some problems that need answers.

The deepest look we’ve had at the five year time jump has left us with a lot of conflicting feelings, but more importantly, we have some damn questions! I love a grown-up Liar as much as the next person-that’s-too old to be watching this show (my excuse is I’m still in the actors REAL age range…and I’m sticking to it), but seeing this promo made me wonder what possesssed the to make some of the decisions they’ve made. Ezra’s turned into a mean hermit, Hanna is clearly confused about who she should be engaged to, Shower Harvey is still lurking years later, discussions of LYING are still being held…I mean come on girls!

Let’s take a look at the top 5 questions that the promo left us to obsess over until the show’s January return.

#1. This man that Hanna is making out with (and engaged to) is not Caleb. Question: Why?

#3. Are Spencer and Caleb besties now?! 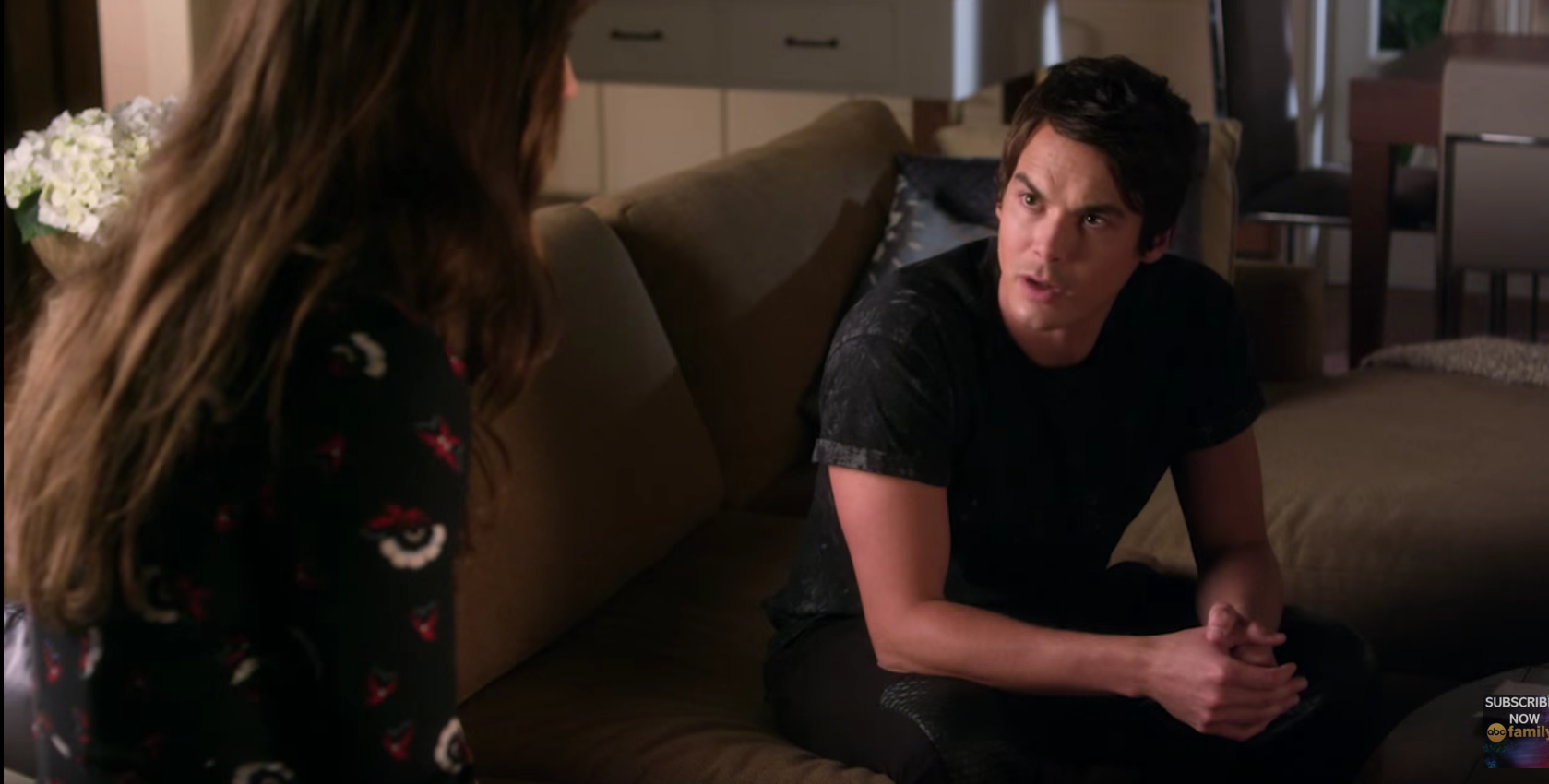 #4. Why is Shower Harvey still around?!

#5. Will ANY situation or amount of time passed ever teach these girls to stop lying?!

If you have answers to any of these questions, or at least think you do, please help us and explain what’s going on in the comments below.