Kristen Wiig on Female-Led ‘Ghostbusters’ Controversy: ‘It Just Really Bummed Me Out’ 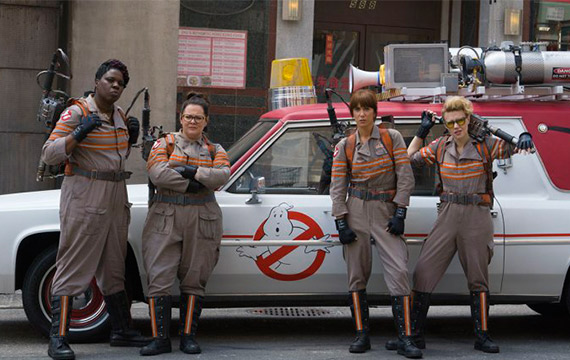 Kristen Wiig has shared her thoughts on the controversy surrounding the Ghostbusters reboot, from the fact that it’s being rebooted at all to the negative comments about the cast being female.

The reboot stars Wiig, Kate McKinnon, Melissa McCarthy, Leslie Jones as the new Ghostbusters and has been met with a polarizing response since the announcement about the new movie was made. Some feel that a reboot isn’t necessary, that the original is better left alone (even though 3 of the living original Ghostbusters will appear in the film), while others have voiced concern about the film being led by an all-female cast.

When asked by the LA Times about whether or not she’s experienced this much attention or controversy while making any of her other films the Wiig replied, “No. And the fact there was so much controversy because we were women was surprising to me. Some people said some really not nice things about the fact that there were women. It didn’t make me mad, it just really bummed me out. We’re really honoring those movies.”

Share your thoughts about the Ghostbusters reboot, as well as the controversy surrounding it, in the comments below.

'Indiana Jones' Producer Says Recasting Indy Not in the Plans