‘Supergirl’ Star Melissa Benoist on Meeting Young Fans, What She Loves About Kara 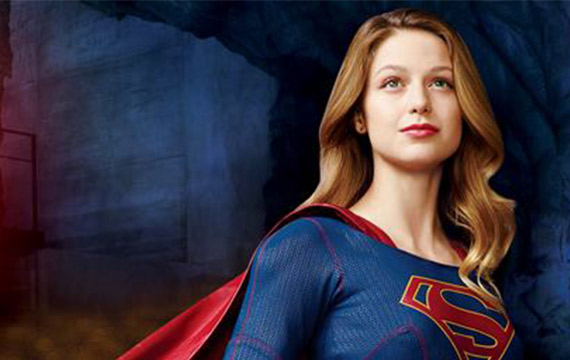 Supergirl star Melissa Benoist is continuing to win over fans all around the world with her charming portrayal of Kara Zor-El.

The actress has been doing a fantastic job of making her rounds since being announced as the newest choice to take on the role, and plenty of adorable photos have surfaced as a result. Recently, she met with a group of mothers and daughters at a screening of the pilot, and recalls nothing but fond feelings of her tiny fans.

“That was kind of astounding — it was a really strange, wonderful feeling,” she told Variety. “It made me step back and assess the weight of this project and how young girls are going to [respond]… they did exactly what I wanted them to do. I was so nervous, like, ‘what if they’re all bored, what if this is just a dud?’ And they were so into it, it was overwhelming, the response. If someone like Carrie Fisher had shown up at my house when I was a kid, or any of the ‘Indiana Jones’ girls… I would’ve freaked out.”

It’s clear that Kara has captured a big part of Benoist’s heart and the actress admits that she’s still learning about her character and finding new parts of her to love.

“I’ve realized recently that she’s constantly questioning herself, constantly questioning the kind of hero she wants to be and what she wants to do, the kind of mark she wants to make on the world. I think she really overestimates her abilities at this point because they’re not sharp; she’s a very dull blade right now. But I love that about her – I love that she’s running into walls now and then and charging at things like a rhino and being like ‘wait a second, I’ve got to take a step back and maybe do things a little differently.’ That’s what I’m figuring out right now.”

New episodes of Supergirl air Mondays at 8pm on CBS.