Home » Gaming » Gaming Features » Take-Two on BioShock: Will the Circle Be Unbroken?

Strauss Zelnick, CEO of Take-Two, stated last week that the company is still interested in continuing the BioShock franchise, even without Ken Levine’s direction. According to PC Gamer, Zelnick promised his audience at MKM Partners Investor Day Conference that the series was still very much in his mind.

And well it should be. Each BioShock game has been a massive success. It would be silly, from a business standpoint, to scrap the IP forever. Instead, the franchise is continuing under 2K Marin out in California. No one has any idea when the next BioShock title will be released, but Zelnick doesn’t seem to be hustling a timetable for them, either. He simply stated that “They’ll make announcements in due time about any upcoming releases”. He also emphasized the fact that the franchise is important to the company and isn’t going anywhere. 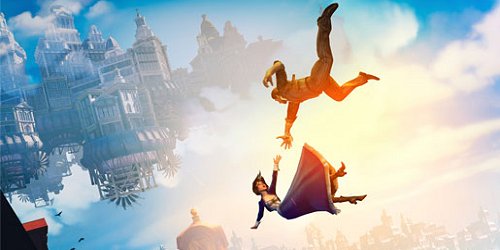 What does this mean for fans of the lighthouses? Well, it means that we have at least some reason to be confident in a decent BioShock release, probably within the next couple years. While BioShock 2 was the least favorite of most fans (I cannot give you my own opinion for sure. I still haven’t played it. I know! I know!), it was still widely regarded as a great game, and Ken Levine wasn’t a part of it at all. Will the series be the same without Ken? I don’t know. He set a high bar, but maybe that will inspire 2K Marin in the coming months.

Ken Levine left Take-Two last year, closing down most of Irrational Games after Burial at Sea Part 2 was set afloat. He’s currently in production on…something sci-fi that has to do with “fluid relationships” and non-liner story-telling.

Are you excited that BioShock will continue? Or are you nervous about the series without Ken Levine in charge? Let us know below. And, as always, stay shiny and tuned to FanBolt!

Take-Two on BioShock: Will the Circle Be Unbroken?