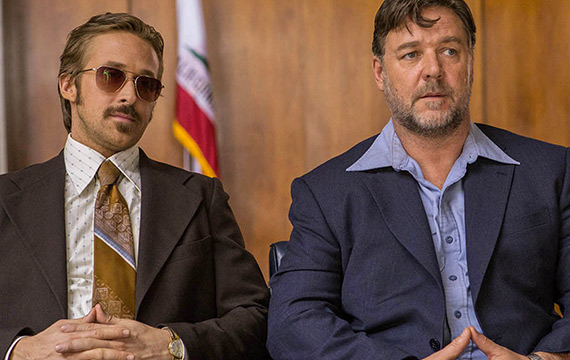 Just last week we saw the first look at Warner Brothers’ The Nice Guys through the first image released from the film, and now the official trailer and red band trailer have also been released!

Take a look at both the newly released The Nice Guys trailers below!

If you’re curious as to who the younger girl (Amelia) is in the above trailers, it’s The Leftovers‘ Margaret Qualley. Since the series finale of the HBO series just aired, we had to note that!

The Nice Guys opens in theaters May 20, 2016! Will you be checking it out? Let me know what you want thought of the trailer! (And if you’re Atlanta-based like us, let us know if you saw any recognizable filming spots!)

Will HBO's 'The Leftovers' Be Renewed for Season 3?