If you caught last night’s finale, you may have felt like we weren’t left with much of a cliffhanger. Sure, there is definitely conflict looming with the Guilty Remnant now being in Miracle, but Kevin and the gang have all found their way back together, we know what happened to the 3 missing girls, and Patti seems to have finally moved on.

However, The Leftovers does not have solid ratings (season 2 averaged 0.67 million weekly viewers), and despite being one of the best series on TV (in our opinion), the show hasn’t gained as much attention from viewers, press, and award shows as it truly deserves. Though I should note that the “International Assassin” episode did just receive a WGA nomination. 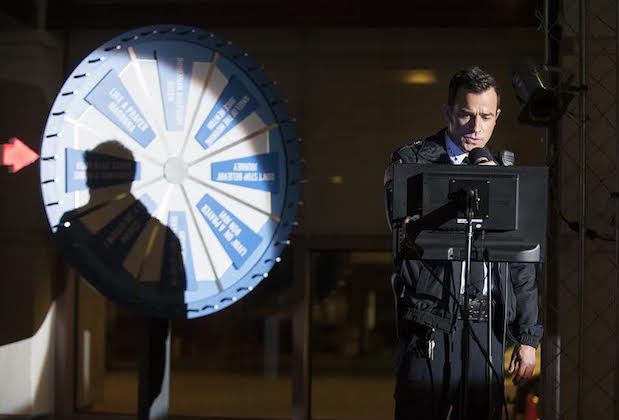 Series co-creator Damon Lindelof admitted to THR that he hopes this isn’t the end for The Leftovers – despite the wrapping up of everything with season 2.

“I know a lot of showrunners or writers in my position will basically say that we had to design the season as if there weren’t going to be anymore. I want there to be more Leftovers, don’t get me wrong — but I want each season to feel like the seasons of The Wire, which felt complete,” Lindelof explained. “You told me this story about Amsterdam and it’s complete. You told me this story about the schools and it’s complete. I think that that’s the way seasons of The Leftovers are always going to feel. They’re never going to end on cliffhangers; they’re always going to end on some feeling like, “Yeah, I’m curious as to what happens next in Miracle or what happens next to the Garveys, but it does feel like we finished that story.”

While HBO hasn’t made an official announcement on the series, we’re keeping our fingers crossed, and you can be sure that as soon as it is announced – we’ll have the news posted!

Do You Think The Leftovers Should Be Renewed?

Share with us your thoughts on Season 2 below in our comment section. Did you love or hate it? Should the series be renewed?

Will HBO's 'The Leftovers' Be Renewed for Season 3?