Warner Brothers has just released a first look at the upcoming The Legend of Tarzan, and it looks like Alexander Skarsgård has buffed up quite a bit since we last saw him in True Blood!

Take a look at the The Legend of Tarzan trailer below!

The Legend of Tarzan Trailer

Earlier this week, there were a few first look images released as well showing Alexander Skarsgård as Tarzan as well as Margot Robbie as leading lady Jane. Take a look below.

And just in case you haven’t seen the poster, we have that for you as well! 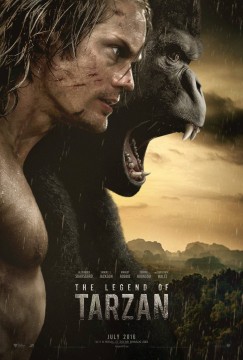 What are your thoughts on Alexander Skarsgård as Tarzan? Do you like the The Legend of Tarzan trailer? Let us know your thoughts in our comment section below!