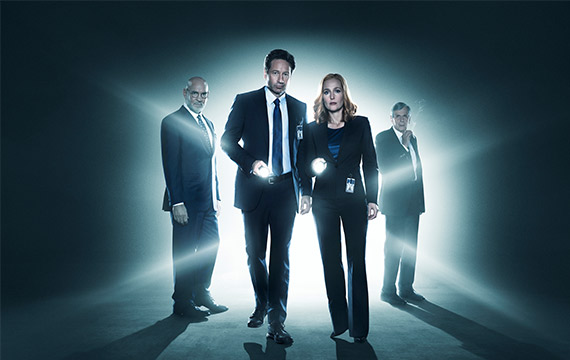 The two-night season premiere of The X-Files is a little over a month away, and Fox has just released a brand new clip -- The X-Files first look.

It’s hard to believe it’s been 13 years, but we’re so glad that the team is back together again! Series creator Chris Carter commented on just that in the new clip.

“It was really putting the band back together,” Carter states. “The people you’re going to see doing these episodes, are the people who helped to create the X-Files series.”

Carter joins David Duchovny, Gillian Anderson and Glen Morgan for a behind-the-scenes look at the series’ return. Take a look at the new first look below!

“I knew there was a big interest from the fans to see more monster stuff,” Anderson comments. “But also we have a big fandom based around the mythology.”

“We’re playing with this mythology in a whole new way, and the government’s secreting about extraterrestrials might come into play.” Carter teases.

Which did you like more? The standalone episodes? Or the mythology? Will you be watching The X-Files reboot? Will six episodes be enough for The X-Files fandom? Let us know your thoughts in the comment section below!

The two-night season premiere of The X-Files starts January 24, 2016 following the Super Bowl!

'In the Heart of the Sea' Review: Not Nearly as Epic as Moby Dick

The First 'Independence Day: Resurgence' Trailer Has Been Released