Jennifer Lawrence looked like perfection last night at the premiere of her latest film, Joy.

The 25-year-old star braved plummeting temperatures in New York to grace the red carpet in the revealing figure-hugging floor-length gown with spaghetti straps and a short train. The beautiful dress was also backless and boasted a plunging neckline.

Keeping the rest of her look simple, Jennifer wore her blunt blonde bob hairstyle in a side parting and in loose waves. Her make-up was minimal, just a slick of nude gloss and eyeliner on her lower and upper lids. To finish off the look, she added some color to proceedings with her choice of jewelry – opting for a pair of red earrings and a turquoise ring. 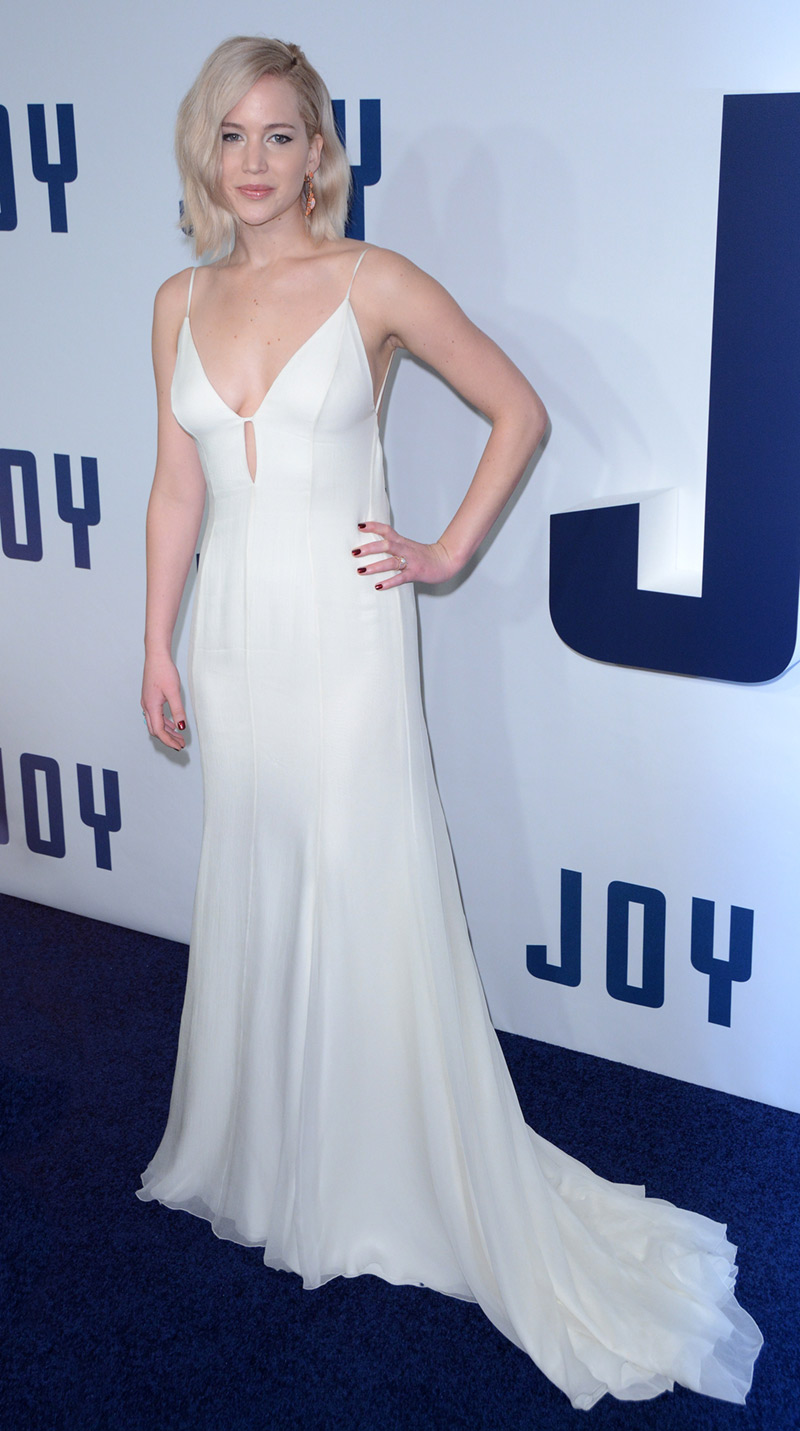 The Oscar-winning actress recently joked that she wanted to wear the same outfit as her close friend Amy Schumer to the Golden Globe Awards next year. Jennifer and comic star Amy have both been nominated for best actress in a musical or comedy at the annual ceremony, for their roles in the films Joy and Trainwreck respectively. Since they have so much in common, Jennifer has suggested they should walk the red carpet in matching gowns.

“We’re going to try to figure out to wear the exact same thing,” Jennifer told E! News. “That’s my mission. I really want us to wear the same thing.”

While Jennifer is happy to share the style limelight with her Hollywood friend, she does have one condition about their appearance. She insists she will be choosing which designer the ladies are dressed by.