Sean Penn feels director Alejandro González Iñárritu is “stepping cinema forward” with the release of forthcoming film The Revenant. Penn has worked with filmmaker Alejandro before, starring in 2004 crime drama 21 Grams, and he is in awe of the director’s newest project.

The Revenant centers on 1820s fur trapper Hugh Glass, a frontiersman played by Leonardo DiCaprio who is left for dead after experiencing a brutal bear attack in the dead of winter.

“I watched the The Revenant with Alejandro and four others,” Penn told Variety. “I had the great benefit of being able to see it before anything was in the ether, in terms of critics or other trendsetters. I thought it was a masterpiece. I don’t think I’ve had an experience in a movie theater as a kind of stepping cinema forward like that since I saw Apocalypse Now. To see what happens when bold producers support a bold director who is such an artist on that level with great actors like that — I was compelled throughout.” 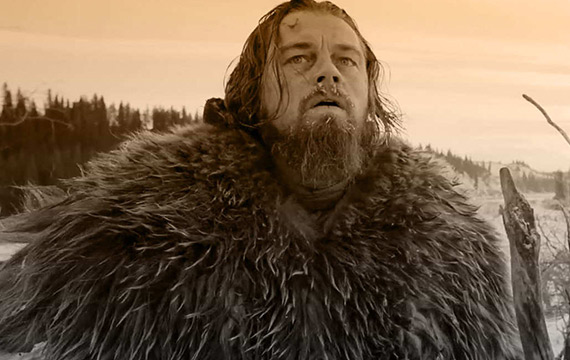 Sean Penn Says The Revenant Is a Masterpiece

“I put Alejandro with the master painters,” he explained. “There’s been a lot of technical steps forward and people who have done extraordinary work. But I’ve never seen something that’s basic premise is naturalism — realism in terms of its visuals — that has quite this poetry with the use of newer technologies.”

Penn is hoping The Revenant transforms the trajectory of the movie industry, as he believes the project offers a refreshing reminder of the value of a standalone feature.

“The Revenant isn’t a franchise film,” he noted. “It is what I grew up loving about cinema. Am I worried about the business? I don’t even understand where the business is. I can’t tell you where it’s headed. I understand most people are looking for content for television. It’s hard to say what will happen, and whether the brilliance of the film will be rewarded relative to its costs. I’d like to think we’re a culture that values its art enough to recognize we need this.”

Sean Penn Says 'The Revenant' Is a Masterpiece