Scream Queens star Emma Roberts felt as if she resembled a member of “the Addams family” after dyeing her hair dark. The actress recently spoke Allure Magazine and recalled her decision to attend the 2010 Teen Choice Awards and she turned up to the event with black hair – a style decision she regrets due to her fair skin.

“My hair was way too dark,” she noted in the behind-the-scenes video for her January 2016 Allure magazine cover photo shoot, which is available to view on the outlet’s website. “I don’t like my hair that dark because I’m too pale and I end up looking like the Addams family.”

Emma, now 24 years old, admits she made a number of fashion faux pas as a teenager – including the time she attempted to make fake tan look hot on the red carpet.

“I remember I begged my mom to get a spray tan for (the Teen Choice Awards in 2005) because I always got made fun of in school for being pale,” she recalled. “Now I see those pictures and I’m like, ‘I look like I have a spray tan.’ But at the time I thought I looked so good!”

Emma is the cover girl for Allure’s January 2016 issue and during her interview in the publication’s feature article, the star explained she has grown to love her physical appearance over the years. 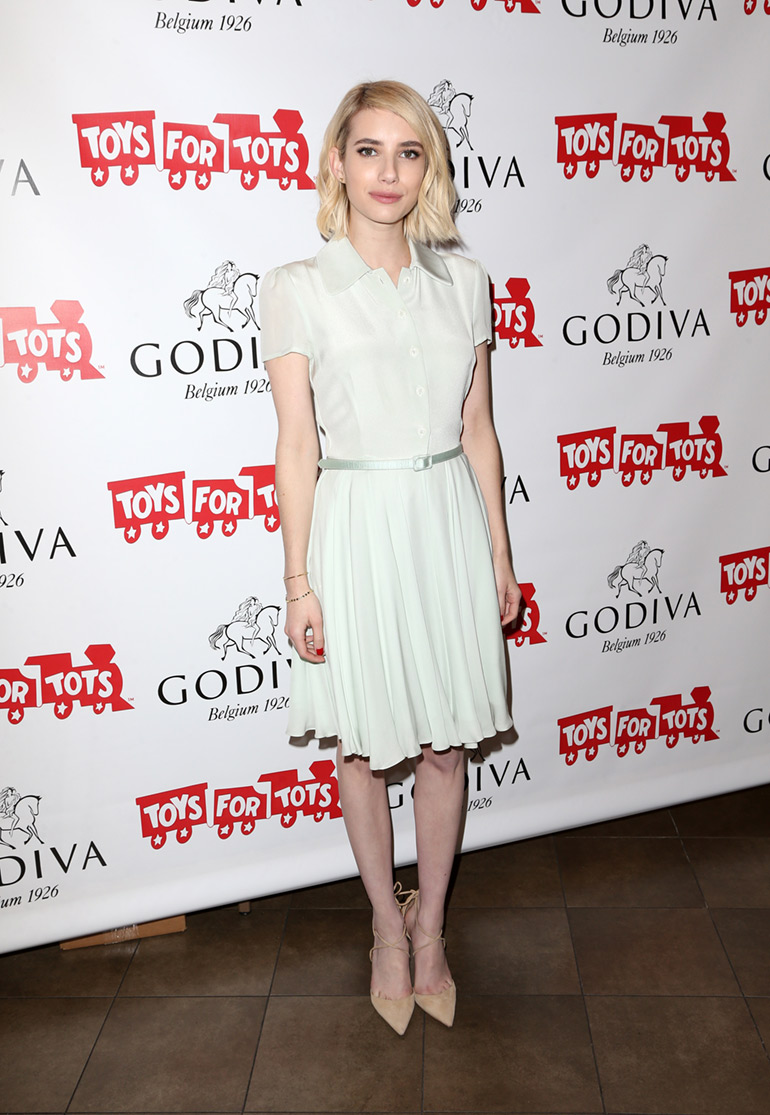 Although she embarrassed herself with certain looks in the past, Emma is now avoiding making similar mistakes by understanding what type of clothing truly works for her body.

Earlier this year, she posed in a lingerie campaign for Aerie in which all of the photos were not retouched – a professional feat Emma is truly proud of.

“I also wanted to show people: Yes, there is an Emma Roberts, but there is also Emma!” she said of the raw pictures, before explaining further, “Not red carpet. My hair down. Basically no makeup.”

Do you love Emma Robert’s look? Let us know your thoughts in the comment section below!

Emma Roberts Talks About Her Fashion and Beauty Mistakes